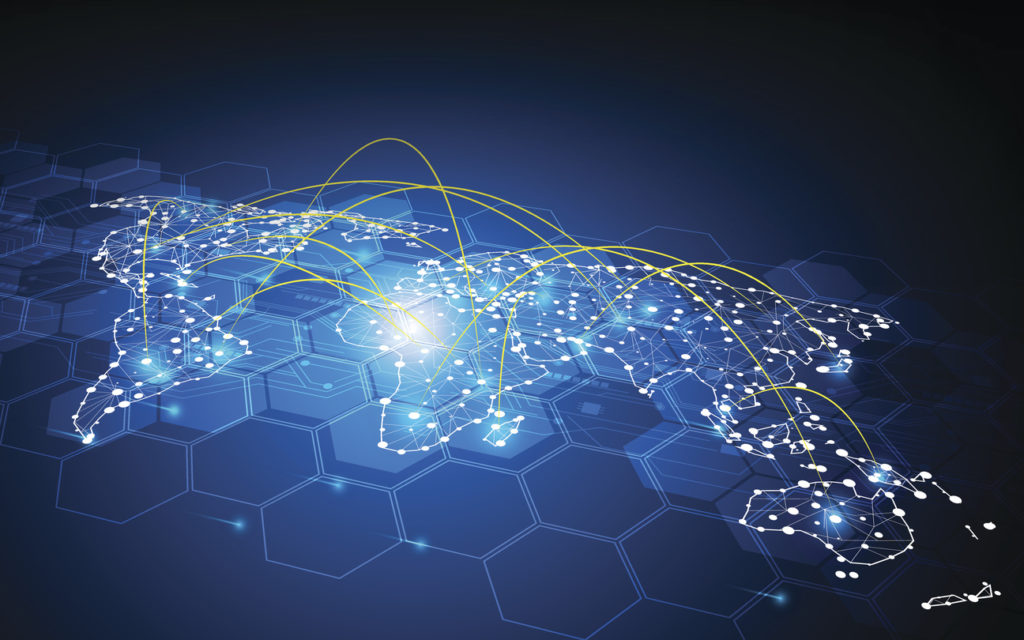 MarketAxess will continue to push to grow outside the US as the international business of the fixed income electronic trading platform and market data and post-trade service provider has reached its largest proportion of total revenues.

Raj Paranandi, chief operating officer, EMEA & APAC at MarketAxess, told Markets Media: “The international business is the largest proportion of total revenues it has ever been and we need to push to increase that diversification in our global growth.” 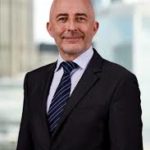 Paranandi took on his current role, based in London, in March this year with core responsibilities of technology, operations and product development. Previously he worked at UBS, where he was most recently global co-head of digital transformation for UBS Global Markets & global head of change for UBS Investment Bank. He reports to Christophe Roupie, head of EMEA and APAC, and also works closely with Chris Concannon, president and chief operating officer.

Roupie said in a statement: “His experience in building new business lines and leading major technology and infrastructure change programs will be highly valuable to us as we seek to expand our international business into new markets, sectors and product lines.” 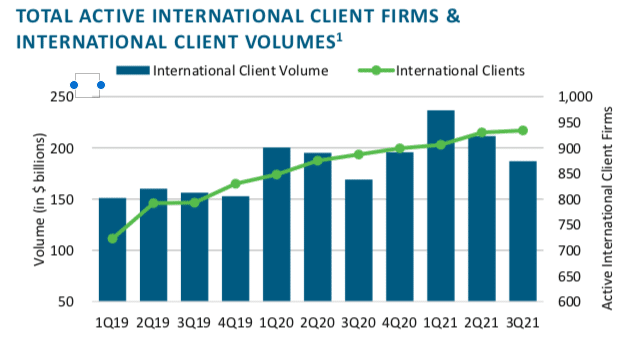 Rick McVey, chairman and chief executive of MarketAxess, said on the firm’s third quarter results call in October that investment in international client business was paying off with record estimated market share in Eurobonds and strong trends in global emerging markets bond trading.

MarketAxess’ Eurobond volume rose to $76.2bn in the third quarter, 22% more than in the same period in 2020, with a record estimated market share of 13.1%, up from 9.5%.  There was a record number of 934 active international client firms.

Paranandi said: “In Asia it’s important to be selective about the markets in which we operate but demography is our friend as the rise of the middle classes will drive asset allocation towards capital markets and increasing bond volumes.”

In November MarketAxess added Egypt, Hong Kong and Serbia to its emerging market local markets offering.The firm said at the time that local currency trading, which now also includes onshore Chinese debt, had grown to over $147bn year-to-date, up 20% on the same period in 2020. The number of active participants trading emerging markets debt across the platform also reached a record of more than 1,300 firms in the third quarter.

Paranandi said: “I think that the notion of multilateral price formation can very much apply further in emerging markets, and there will be a growing role for Open Trading over time.”

Open Trading is MarketAxess’ all-to-all trading model. In the third quarter more than 25,000 orders and $13bn in notional value on average was available through the Open Trading central marketplace on a daily basis. Nearly all, 96%, of total platform orders were available in the Open Trading all‐to‐all liquidity pool. 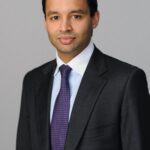 “The power of Open Trading is the scale of the network,” added Paranandi. “I genuinely believe more price formation across capital markets is going to become multilateral and over time that is going to drive better outcomes for clients.”

The need for multilateral price formation will be amplified when there are liquidity shocks, such as during the heightened volatility in 2020. Paranandi continued that the pandemic has made clients think about their thesis that a bank will always be there to provide a price.

“In the context of bonds, MarketAxess was there and I think that’s incredibly powerful and will evolve into other asset classes,” he said.

Paranandi said that in Europe the MarketAxess story will probably go hand in glove with broader electronification.

He sees the primary competitor to electronification as voice trading, particularly in Asia Pacific. As a result he is encouraged by market forces and regulation that is pushing further electronification, such as the debate over the evolution of a consolidated tape in Europe and the increasing need for greater fixed income liquidity.

In the European Union the penalties for failed trades under the Central Securities Depositories Regulation (CSDR) is going to drive settlement efficiency and electronification over time. The US is potentially moving to a shorter T+1 settlement cycle in the next three years which will also boost electronification.

“It’s almost inevitable that we’ll see the acceleration of electronification, especially for block trades,” said Paranandi. “The pandemic has really shifted people’s thinking as they have seen that they could get reliable liquidity electronically, in distressed market conditions.”

For the first time since we began operating in #LatinAmerica, we're seeing volume in local currency #bondtrading outpacing those of hard currencies among local onshore investors on our platform. #Electronictrading is at the heart of this trend. See why: https://t.co/KAOk5ZEjx9 pic.twitter.com/XUpF7r52X5

As fixed income market trading becomes more electronic, Paranandi believes MarketAxess can excel by becoming more dexterous and agile in the way the firm harnesses and uses data. In particular, there has been a step change in the last five or six years where the combination of cloud computing, artificial intelligence and machine learning have opened up a world of possibility in retrieving data and generating signals for clients.

“We have not just Composite+ (CP+), but also lots of other things that we are working on in our data & research business,” he added. “The key to creating value from it is to minimize the delay between receiving a piece of data in the organisation, indexing it and providing signalling value out to clients.”

In addition, MarketAxess’ post-trade business captures and processes data that can help with post-trade control and reporting. Paranandi has been in discussions with the MarketAxess leadership team about how the firm might be able to tell customers about potential reporting errors within a day or two of a transaction so that they can self-correct right away.

“We’ve made a lot of competitive enhancements to our offering,” he said. “We recently had our biggest week in portfolio trading on both sides of the pond.”

“Our biggest strength as a business is our network, so we are really well positioned,” added Paranandi. “There are a couple of areas where I think we can really differentiate ourselves in the next couple of years including pushing automation and making the customer experience as easy and intuitive as possible.”

He wants customers to feel their experience with MarketAxess is customized and personalized for their needs. One of the things he is trying to push as part of the product design experience is thinking really carefully about user interaction, which goes hand in glove with automation and workflow.

In private banking MarketAxess has a tool called Axess IQ which Paranandi believes has a tonne of potential as it is very intuitive and user-experience focused.

“Clients should be able to systemize their interactions with a venue for different orders at different speeds – e.g. managing some orders in a resting state, while others are worked aggressively,” he added. “Catering to those different cadences and allowing clients to develop their own ruleset and preferences is a big point of differentiation.”