It’s fair to say the 45th president of the United States favors a more direct communication style than did his predecessors.

The @realDonaldTrump Twitter handle has become a must-follow news source, as the recently inaugurated Republican shares his world views, jousts with Democrats, and calls out industries and companies, 140 characters at a time.

As presidential candidate, Trump’s tweets were largely a curiosity; as president-elect, the question was whether he’d continue tweeting as president; two weeks into his term, Trump is as active as ever on the social-media platform. “It’s a modern-day form of communication,” Trump said in a December television interview. “I get it out much faster than a press release.”

“Washington is a big driver of the market, and there’s so much uncertainty in Washington right now,” said George Goldman, vice president and head of finance sales at alternative-data provider Dataminr. “Communicating a change in policy used to be via the state of the union address or a press conference. Now it’s being done via Twitter. It has upended the traditional way of communicating.”

No other high-level government official tweets quite like Trump, who has 23.2 million followers and has tweeted about 34,400 times, almost 12 times per day on average, since establishing his account in March 2009. but there is at least anecdotal evidence that others are getting more involved, if only to respond to Trump. This could force financial traders’ to expand their Following list.

On January 26, Mexican President Enrique Peña Nieto cancelled a trip to Washington amid tensions over the proposed border wall, moving the Mexican peso lower versus the U.S. dollar. Trump followed up by tweeting an endorsement of the cancellation given Mexico’s unwillingness to pay for a wall, effectively deploying ‘Twiplomacy’, real-time and for all the world to see.

Democratic Senate leaders including Charles Schumer and Elizabeth Warren have aired grievances with Trump on Twitter, and on his own side, Sen. John McCain has sparred with the president on topics including refugees and the use of torture. Such data points suggest that even if Democrats lack power in Washington, intra-party discord may slow the rollout of Trump’s economic agenda.

“The blueprint for effective communication via this medium has been established,” said entrepreneur Chris McCroskey, co-founder of IdeaLoop, a design and development firm, and TweetCongress, a grassroots organization aimed at promoting members of congress to tweet. “The ability for a politician to speak directly to the people, unfiltered by the media, is a tactic I see becoming much more common.” 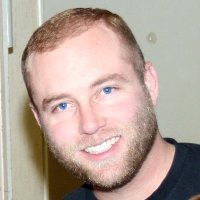 McCroskey sees foreign heads of state taking to Twitter more readily than U.S. politicians, partly because Trump’s prolific and sometimes-distracting use of the medium has turned some people off and partly because of tumultuous times abroad.

“There are a lot of issues facing EU countries at the moment, most notably Brexit and mass migration of refugees,” McCroskey told Markets Media. “My opinion is that foreign politicians and heads of state will turn to social media to avoid the media filter and speak directly to their base.”

A politician needs two things to be an influential tweeter: a sense of authenticity to the tweets, i.e. that s/he is the one tweeting, and a sizable following. That’s according to Nikki Usher, assistant professor of media and public affairs at George Washington University.

“As for the back and forth between heads of state and the conduct of diplomacy over Twitter, it’s amazing in this speed respect, that you don’t need to have a summit with Mexico if the Mexican president is tweeting his country’s position,” Usher said. “So diplomacy — or at least public diplomacy — stands to move more quickly than ever. That could be pretty scary.”

“Everything is a lot faster, which gives politicians a distinct advantage because they can get out their perspectives without having to be first vetted by members of the media,” she continued. “So the question is, why wouldn’t you engage this way?”

Elizabeth Stoycheff, assistant professor of journalism and new media at Wayne State University, noted that most elected officials have been on social media for years, but only in a formal and not especially engaged way. That won’t change anytime soon, but “where we are seeing change already is the number of high-profile media organizations turning to Trump on Twitter for first-hand information,” she said. “This is exactly what he wants: his message, unedited.”

It isn’t known what Trump will tweet next, or when, or what person, company or country it may be directed towards. What is known is that any tweet has the potential to instantly spark volatility.

“What is he going to do on trade?” asked Dataminr’s Goldman. “How aggressively will he roll back regulation and cut taxes? How nice will he play with Congress?”

“It’s clear that Trump is moving markets. What’s not as clear, and what people need to be aware of in this changing environment, is the impact he’s having on global volatility,” Goldman said. “Getting this information early on Twitter is a way to have your ear to the ground and make sure you don’t get caught flat-footed.”