Ann-Charlotte Eliasson, head of Nordic fixed income listings at Nasdaq, said the UK’s departure from the European Union presents an opportunity for the exchange to attract listings from international issuers and sustainable bonds.

Nasdaq Nordic, based in Stockholm, owns and operates exchanges in Denmark, Finland, Iceland, Sweden and a commodities derivatives exchange in Norway.

The total volume of listed corporate bonds at Nasdaq’s Nordic grew to an all-time high at the end of the year of €74bn, a 9.6% increase on 2016. There a total of 321 new listings across the Nordic corporate bond markets in 2017.

Eliasson told Markets Media: “We should have another record year in 2018.”

She continued that the macroeconomic environment remains positive for corporate bonds with low interest rates and good economic growth. 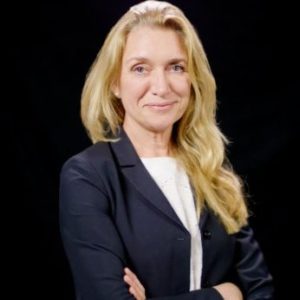 “Brexit presents an opportunity for international listings as companies do not want the risk of diverging regulations,” Eliasson added. “In addition when Swedish companies are issuing bonds in euros and dollars they usually list on other exchanges and we would like them to return.”

Sustainable bonds can list on the Nasdaq Stockholm main market or the smaller Nasdaq First North Bond Market. To be eligible, issuers need to meet the relevant criteria which Nasdaq has developed in cooperation with Sustainalytics, the producer of environmental, social and corporate governance research. The green bond criteria are based on the Green Bond Principles published by the the International Capital Market Association (ICMA).

Nasdaq said it launched the first Sustainable Bond Market in the world. Growth has mainly been driven by green bonds, where companies certify they are using the proceeds for projects or activities that benefit the environment.

“In 2015 we launched a specific segment on sustainable bonds to make them more visible,” added Eliasson. “We would like to improve liquidity and we are considering whether an index would help.”

She continued that the long history of interest in ESG in the Nordics also helps attract green bond listings. For example, in 2008 the first World Bank green bonds were denominated in Swedish krona for a total SEK 2.325bn. The bond was issued in response to demand from a group of Scandinavian investors and Swedish bank SEB was sole lead manager.

Although listed issuers can self-certify on the use of green proceeds, they have to obtain an independent second opinion and report annually on progress of the project. Eliasson said the exchange may publish this data on its website to act as a central source of information, and to also help boost liquidity.

“We are also considering providing more information such as publishing all the green reports or second opinions,” she added.

Eliasson continued that Nasdaq is collaborating with Finland to launch a new sustainable bond market in May this year and has high hopes of launching a segment in Denmark next year.

In the UK, the Green Finance Taskforce today published its report, Accelerating Green Finance. In September last year the UK Government asked Sir Roger Gifford , former Lord Mayor of the City of London, to chair an independent taskforce to look at how the country can consolidate its position as a hub for green finance.

The report proposed the creation of a new Green Finance Institute to act as a ‘one-stop-shop’ for all work relating to the sector – from international engagement to green fintech, climate and data science.

In addition it also recommended that the UK government issue a green sovereign bond to help fund a number of national green projects, including the UK’s flood defence and resilience.

Sir Roger Gifford said in a statement: “The opportunities for green investment are plentiful – London’s deep pools of liquidity make it the natural choice for financing these initiatives.”

John Glen MP, Economic Secretary to the Treasury and City Minister, said in a statement: “Our first-class talent and unrivalled ambition resulted in over $10bn being raised through green bonds listed in London in 2017, and we have no intention of slowing down.”