Market users are warning regulators that the brave new world of centralized clearing for standardized OTC derivatives will likely significantly force up costs in exchange-traded derivatives markets and it may also see many firms just turn their back on the practice of hedging risk altogether.

The new rules, which are likely to fully come into effect from early 2013, will see most standardized OTC derivatives contracts forced through centralized clearing and eventually on to exchange-like venues to reduce systemic risk. More exotic derivatives products, seen as unsuitable for exchange trading, will remain OTC but will be subject to even higher margin requirements.

Margin calls were not previously needed for private OTC derivatives contracts, although this subjected them to counterparty risk. The new regulations aim to add transparency and reduce risk by shedding light on these contracts. U.S. investment bank Lehman Brothers was a big user of derivatives and its demise in 2008 caused the onset of the global financial crisis.

The World Federation of Exchanges (WFE), a Paris-based group that lobbies on behalf of 59 leading bourses, called on international regulatory bodies to modify capital standards to appropriately reflect the liquidity and efficiency of exchange-traded derivative markets.

The WFE is concerned that the Basel Committee on Banking Supervision (BCBS), a group of central bank governors from the world’s leading economic nations, wants to introduce stricter initial margin calls—a blanket five-day margin period—than the approach set out by the International Organization of Securities Commissions (Iosco), an umbrella group of global regulators, which advocates a one or two day standard for exchange-traded derivative instruments.

“If adopted by the BCBS and implemented by national bank regulators, the static five-day margin period of risk standard will not only be in conflict with [Iosco] but also have the effect of increasing costs for client users of exchange-traded derivatives,” said the WFE’s chief executive Huseyin Erkan in a letter sent to the Financial Stability Board, the G20’s regulatory arm, this week.

Meanwhile, the International Swaps and Derivatives Association (Isda), a trade body, also this week highlighted concerns over the new initial margin requirements under the new G20 reforms—this time for the more esoteric derivative contracts that will remain OTC and not centrally cleared. 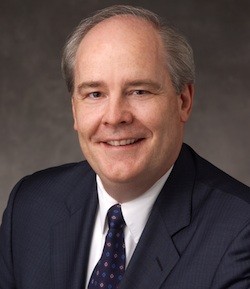 “Corporates, sovereigns, supranational organizations and investment firms use [non-cleared swaps] in their financing and funding activities, and they are needed for the proper functioning of the housing markets,” said Robert Pickel, chief executive of Isda. “Isda believes that current margin proposals for non-cleared swaps could have a harmful impact on those vital markets and on systemic resiliency.

“The association supports instead a three-pillar framework for ensuring systemic resiliency that is based upon a robust variation margin framework, mandatory clearing for liquid, standardized products and appropriate capital standards.

“The irony here is that the margin rules in the current form would increase systemic risk. They could very well harm the financial system they are designed to protect.”