Squawker, a new pan-European sell-side focused block trading venue that is set to launch early next year, is hoping that signing up with the “financial infrastructure establishment” that is the BT Radianz Cloud Community will allow it to give it the lift-off it needs.

The new London-based negotiation venue, which aims to allow sell-side firms to execute block trades anonymously using social-networking technology, says its agreement with communications provider BT will mean it will use the Radianz services to host and manage Squawker’s technology infrastructure, and provide brokers with direct access to find and negotiate block trades on Squawker. 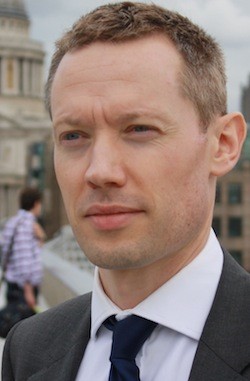 “What is key to Squawker is that the venue we pick to use is stable,” Christopher Gregory, co-founder and chief executive of Squawker, told Markets Media.

“It’s a natural place for Squawker to have its systems hosted and for clients to use to access Squawker because they are already on the Radianz Cloud; it’s just another virtual connection and, crucially, not a new piece of infrastructure for the sell side to connect to.”

The BT Radianz Cloud now offers connectivity to over 40 of the world’s leading data centers where significant clusters of capital markets community customers are present, including the data centers of exchanges.

“The BT Radianz Cloud is rapidly becoming the industry standard, linking together the world’s major trading venues and financial institutions, and as such Squawker is an important addition to our cloud community,” said Robin Farnan, managing director of BT Radianz Services and BT Unified Trading.

Despite the current low trading volumes and uncertain macroeconomic environment in Europe, Gregory is confident that Squawker will be a success when it is set to launch at the end of the first quarter next year.

“Squawker will provide a new solution to the block trading challenge that the industry has been grappling with for a while,” said Gregory. “Squawker is part of the vanguard of the next generation of trading systems.”

Gregory says that Squawker will be targeting the “OTC block market”, the 10%-15% of pan-European equity trading that is still negotiated predominantly over the telephone.

“There is no venue for the sell side to find and negotiate block trades,” said Squawker.

“Squawker is based around the idea of putting matching counterparts, by introducing natural buyers and natural sellers together, and they decide and negotiate—they interact—as people together to agree a trade.

“At the moment, there is no central venue and the way it is done is that if you don’t know who has the block and who the natural counterpart is, to trade you have to either open up to a competitor, try to go through an agency broker, go through a market maker or you may use an inter-dealer broker.

“It is kind of manual. Relationships will always be there so people will always trade through relationships. But if you don’t know who to call because you are trading in some mid-cap stock, say, it is very hard to know how to pick up the phone. What happens at the moment is a lot of that order flow ends up into an algorithm and gently fed into the order books and so the sell side at the moment are paying a significant implementation shortfall because they have to gently drip the orders into the order book when really ideally they want to be able to find the natural counterpart and do it as a block.”

Squawker, Gregory says, is targeting the whole of the sell side—investment banks, market makers, agency brokers, proprietary and principal trading firms—and says that the new venue will not allow algorithmic flow “which causes so much concern and angst in the industry”. Every trading decision will be made by humans and Squawker says it will keep computer-generated algorithms at bay which “may attempt to game other counterparts’ order flow”.

Squawker is registered as a discretionary system and is therefore regulated as an investment firm, not a multilateral trading facility, under current MiFID rules. Under the new MiFID II rules, which are expected to come into force by late 2014, these investment firms may need to become either an MTF or a systematic internalizer, although this is still somewhat up in the air and Gregory says that he hopes that Squawker will fall under either the organized trading facility or broker crossing system banners—both of which may not even make the final MiFID II cut.