As buy-side investment managers continue to demand more and better data, efficiencies and insights from their sell-side brokers, transaction cost analysis is seen as a potential differentiator.

Essentially, TCA — historically the non-glamorous stuff of next-day reports highlighting price slippage and long-term trading-strategy performance — is being pulled forward to optimize the trade that is executing now, rather than providing data on the trade that already happened.

And while ex post facto TCA has been around for years and is largely commoditized on Wall Street, the newer, near-real-time version can distinguish a brokerage product suite. This enables brokers to have more strategic conversations on routing and execution protocols to secure better-quality execution with their buy-side clients.

“People have been measuring, quite successfully, the longer-term quantitative efficacy of the trading strategy that they’re implementing,” Wald told Markets Media. “But what has been missing is measurements of the structural efficacy of what’s happening in the marketplace, while you are trading.”

The Greenwich study supports Wald’s statement in stating that “buy-side traders now understand that the quality of their execution is heavily influenced by which venues their orders are routed. With the buy side using an average of 40 brokers, controlling aspects of order placement is difficult. Venue-level TCA is a relatively new trend that is quickly gaining traction.” 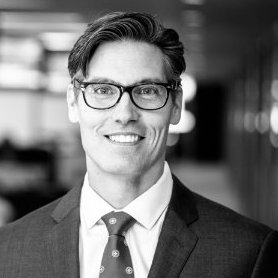 Guggenheim Securities, the investment banking and capital markets arm of $240 billion manager Guggenheim Partners, deploys TCA to provide clients with a clear view of the markets into which they’re routing trades. Standard TCA offerings often miss the mark by including too much ‘noise’, or non-essential data, according to Nello Cafcules, head of electronic execution at Guggenheim.

“We focus on fill rates, reversion and latency, with the goal of identifying the most liquid markets, as well as where potential toxicity may reside,” Cafcules said. “For us, the fill rate is most important. You want to find out where you’re getting the most fills, so you direct more flow to that venue, or make sure it’s sitting in a prominent location in your routing table. Then, reversion gives you a measure of toxicity in a particular venue, so you can avoid pitfalls.”

The next level of TCA, which Cafcules indicated is in its early iterations, involves algorithms that modify themselves, in real time. “That would entail not just building an algo that works in a very smart fashion, but also building it in conjunction with the TCA,” he said. “Your TCA can’t be based on some generic (Volume Weighted Average Price) strategy or some other type of strategy — it has to be based on your very specific algo and built in conjunction with that algo strategy. That way the TCA, on an ongoing basis, will guide the algo strategy.”

Added Cafcules, “A merged TCA/algo product will provide a guide to where the algos should go for the most liquidity and the best fill rate.”

While venue analysis is still in its early adoption, there are regulatory mandates, such as the amendments to Rule 605 and 606 disclosure of order execution and order routing, that will accelerate the development, use and value of this data.

Real-time TCA and venue analysis is best deployed as part of a broader algorithmic management system, and as a complement to, rather than a replacement for, standard TCA, noted Wald of Clearpool.

“One fits with the other in a way that gives you much more granular info with respect to venue analysis and selection, order types, fees, toxicity in a particular venue, and mark-outs from a midpoint at any given time,” Wald said. “This, in addition to looking at how things are flowing quantitatively, is going to give the buy side and the sell side a new dialogue to collaborate together and ultimately get more transparency, more control over the order, and a better-quality execution.”

The dialogue is meant to provide ‘color’, the vital trading-floor intelligence that largely disappeared with the ascendance of electronic, screen-based trading.

“The buy-side client has for years lacked color into the marketplace,” Wald said. A sell-side broker “can’t go down to the floor anymore and ask the specialist ‘who put up what and how’d this trade go?’.”

“This is a way of recreating that dialogue that used to exist between people that were trading, in an electronic format,” Wald added. “It gives a level of intelligence and a dialogue that I think everybody is looking for.”