Intelligent automation of processes is not standard fare on the institutional trading desk; rather, it’s a frontier that only some of the biggest and most sophisticated firms are now entering.

So the story of intelligent automation is very much a future story, with much yet to be written.

J.P. Morgan, with $1.75 trillion under management, is one of the buy-side firms wading into the waters of intelligent automation. At present, ”we can certainly make the decision-making process more efficient, less biased and less emotional,” Engler told Markets Media.

Going forward, IBM’s Deep Blue is a point of reference. “You see computer programs that can beat chess masters, where all the different moves competitors can make are almost infinite,” Engler said. “On the trading desk, it’s definitely in the early stages of getting to that point, where you have artificial intelligence that can release a plan for what traders should do right now.” 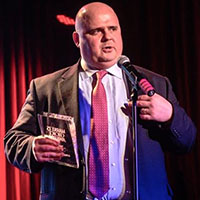 As trade-desk automation evolves from non-intelligent to intelligent to more intelligent, so must transaction cost analysis evolve. Whereas today a next-day TCA report is acceptable, the new order will entail intra-trade TCA for block transactions, with each report recalibrating the automation for the rest of the trade, in conjunction with interventions from human traders.

“This is a very different world from the one we’re living in today, in that it enables quantitative optimization,” said Henri Waelbroeck, director of research at trading-technology provider Portware, a FactSet company. “It also gives a completely new degree of transparency to traders in terms of their performance, and how their decisions impact performance. They can see that in real time, and they can pull up reports that help them understand what type of interventions are most productive, and which aren’t productive.”

“This is what we’re working towards today,” Waelbroeck continued. “If you think a little bit deeper in the future, the key aspect is the predictive capability of bringing artificial intelligence to bear on modeling the outcome of decisions. It’s not an easy task, and it’s one that’s best performed when you have a full multi-asset perspective on what’s happening in the world, because all of the variables in finance are interrelated.”

Even further out, there’s the notion of improving executions by tapping into the experiences of others. Just as a motorist using the Waze traffic app benefits from a fellow user’s report on a slowdown ahead, so might a trader gain from another’s encounter with ‘toxic’ liquidity on a particular venue.

“As different users add prediction agents to the system, they also enrich the environment for the benefit of the community that’s using the same system,” Waelbroeck said. “This opens the door to user-sourcing AI development within the environment — expanding the capabilities of an AI system from the mind of one, or a handful of creators, to potentially the collective intelligence of a community of users.”

Previous articles in this series: