The Federal Reserve’s easy-money policies have propped up stock values for a half decade now.  That rising tide has lifted the boats of all long-only investment managers in terms of absolute return, but it has also vexed those who rely on periodic market pullbacks for entry points.

“We have been doing this for 15 years now, and we have never had this environment,” said Marina Johnson, CFA, chief investment officer of Vision Capital Management. “We believe this is because of the Federal Reserve liquidity and the ‘put’ on the market,” she said, referring to investors’ perception that there is a floor beneath stocks. 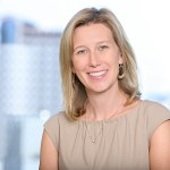 The Standard & Poor’s dropped 6.1% in three weeks after reaching an all-time high on Jan. 15. That’s the 19th pullback of at least 5% since the current bull market began in March 2009, according to Bespoke Investment Group, but there hasn’t been a decline of 10% since a 19.4% drop that ended in October 2011.

“From that standpoint, it has been an interesting few years,” Johnson told Markets Media in a Feb. 20 telephone interview. “In our process, we identify an optimal entry point, and we are very patient about entering very near that price. So it has been a bit difficult for us.”

Vision was founded in 1999 as a high net worth asset manager by Johnson and her mother Suzanne McGrath, who is a member of the large-cap growth team. The firm moved into the institutional space about three years ago, Johnson noted. “It took us a little longer to get there than we originally anticipated,” she said. “The decade presented some obvious challenges.”

As a relatively new name in the highly competitive business of managing money for the institutional asset owners with tens or even hundreds of billions of dollars in their coffers, Vision has benefited from programs designed to enhance the diversity of pension managers’ rosters.

“As a women-owned firm we have a niche within these managers of emerging managers programs,” Johnson said. “They look at your size, so that’s important, but it’s a bit of a leg up for being a woman- or minority-owned firm, all else being equal. Because we have attracted a lot of assets through those programs, we tend to have more public funds as our institutional investors than other types.”

By way of its investment approach, Vision starts with a ‘top-down’ macro outlook, which influences the risk positioning and sector weightings of the portfolio. Johnson and the investment team then apply a proprietary scoring system, using FactSet data, to screen the equity universe, hitting out to an absolute value for each stock. Vision’s investable universe then becomes those stocks with at least an average rating within their respective sectors.

“From there, we look at the top scores down to that average, and identify, from deep fundamental analysis, a price that we find attractive and offers more upside than downside,” Johnson explained.

In a market awash in Fed liquidity, Vision is finding stock prices are too frequently above their derived strike prices. “Any time an outside force, a macro event or even valuation comes as a question to the market, and maybe even the market starts to pull back 2 or 3%, knowledge that the Fed and other central banks around the world would come in and backstop things has stopped normal markets in terms of pullbacks, but also in terms of the cycle,” Johnson said. “This is something we watch closely in terms of being early-, mid-, or late-cycle. We have been stuck in an early cycle for two years now, and it is preventing the normal cycle from moving forward.”

Concurrent with the early stages of the Fed ‘tapering’, or dialing back on its massive quantitative easing program, Johnson has observed some evidence that the holding pattern may be changing.

“Some liquidity has started to come out and this should lead to more normalized markets, both in terms of more corrective activity, like we had here recently, and in terms of outperformance of mid-to-late cycle stocks relative to early-cycle stocks,” she said. “We have been shifting the portfolio a bit towards those more capex-sensitive companies that we believe will outperform as the cycle moves forward.”

Concerning individual stocks, Johnson used a track-team analogy: marathon runners and sprinters each comprise 30% to 60% of the team, and there may be a few hurdlers. “The marathon runners would be typically larger companies with recurring revenue streams,” she said. “The sprinters are your ‘beat and raise’ (earnings estimates), exciting growth companies. At times we will sprinkle in hurdlers, what you might think of as fallen angels.”

“We are always going to have some downside protection with the marathoners,” she added. “And we’ll always have some stocks within the portfolio that are more high-growth.”

For the growth names, Johnson noted that Vision espouses the philosophy of growth at a reasonable price when it first buys a stock, but the firm gives some rein to top performers.

“Because of our discipline upon entry and setting (target) prices, we are ‘GARP-y’ upon entry. It’s very important that we enter where the risk-reward is favorable,” she said. “We will let the winners run into more momentum growth after we already own them. At some point we would trim if they outperform significantly.”

“We also really like health care,” Johnson said. “Some of the biotechs we’ve owned for some time are Celgene, Gilead, and Alexion, as well as specialty pharma companies such as Perrigo and Zoetis.”

Regarding Vision’s investment performance, Johnson said the past few years have been difficult, but results have met expectations over five- and 10-year periods, and “we would expect a more normal period where we can have some significant outperformance going forward.”

Vision Capital typically holds 35 to 40 stocks at any given time, a “fairly concentrated portfolio” according to Johnson. Turnover of stocks held is about 30% to 40% annually; according to an industry rule of thumb, 20%-30% is considered low turnover for an active manager, while 100% or more is considered high.

For the year ended September 30, 2013, Vision Capital showed the most efficient trading costs among 125 large-cap growth managers tracked by Zeno Consulting, formerly known as Plexus Group. The costs monitored by Zeno, on behalf of pension plans and other institutional asset owners, entail more than just commissions and brokerage costs, according to Steven Glass, president and chief executive of the Bethesda, Maryland-based firm.

“The CFA Institute defines best execution as the trading process that seeks to maximize the value of a client’s portfolio,” Glass said. “Zeno measures not just commissions and daily market impact costs, but also the loss of asset value that occurs when managers trade orders over multiple days.  Minimizing this aggregate amount is the key to maximizing client performance.”

Located in downtown Portland — a city of 603,000 known more for its ‘hipsters’ and eccentricity than for its financial sector — on the Willamette River, Vision Capital is 3,000 miles from the U.S. financial capital of New York and the regulatory center of Washington, D.C. But while it’s far from the din of the debate around market disruptions and the perceived weaknesses of market  structure, it feels the reverberations.

“It is felt by everyone, particularly by relatively smaller investors such as us, and probably even more so by the individual investor,” Johnson said. “It is certainly a concern, but it is not something that prevents us from doing the work we need to do.”

Sell-side banks and broker-dealers generally meet Vision’s requirements for research and trading. “We use them like a library of information, where we get their research, store it, and read it where necessary to support our own fundamental thesis on any given stock,” Johnson said. “From that standpoint and certainly from the trading standpoint they do support us, and I feel that for our firm we do get all we need.”

“One concern for the future would be that if they can’t make enough money in the trading arena to continue to put out earnings estimates that are reasonably accurate, that would be a concern in terms of the influence that would have on our processes,” she continued. “If we can’t screen through the universe of forward estimates, we would have to find another way to do that. I don’t  think that that’s a near-term concern, but certainly it’s something we have talked about because trading volumes have come way down and some of these firms are struggling.”

Johnson, 38, is a fifth-generation Oregonian who started charting stocks at age 8 and passed the securities industry’s Series 7 exam at age 19. Married with two young sons, she is an avid sports fan who regularly attends her sons’ football, basketball and baseball games, as well as Portland Trail Blazer games.

Going forward, Johnson sees an abatement in some of the headwinds that have constrained domestic equity managers. “Things have been swinging toward indexing for the past few years,” she said. “We do see some shift back the other way more recently, but it has been a challenge.”

“The second challenge would be domestic equities in general declining as a percentage of some of these portfolios, in favor of some of the more alternative assets, such as hedge funds,” she added. “As is often the case, these swings happen based on past performance, so I think some shift back towards domestic equities probably will happen.”