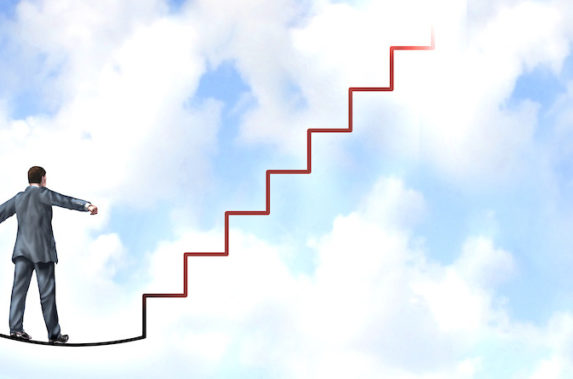 “We have a Compliance Committee that is made up of all the CCOs from our investment advisors, our mutual funds, our broker-dealer, and our corporate Chief Compliance Officer,” he said. “We share intelligence about what’s going on in our firms. We all get subscriptions to industry publications. We get emails from the SEC, from Finra, the CFTC, and National Futures Association in terms of updates and new regulations. We have a formal process where we identify those and put those in an internal compliance report.”

Over the last few years there have been a large number of regulatory initiatives, including on the broker-dealer side. For example, Finra — the Financial Industry Regulatory Authority — updated its supervisory control rules effective December 1, “That is something that we have taken care of in our firm and updated our supervisory procedures,” said Martin.

In a December speech, Mary Jo White, chairwoman of the U.S. Securities and Exchange Commission, noted that a comprehensive approach is required to address the risks associated with the increasingly diverse nature of fund holdings and the use of derivatives. Commission staff, both in Investment Management and the SEC’s National Exam Program, have been focused on these issues for some time, and the results of these efforts are informing recommendations for the rulemaking in these areas, she said. 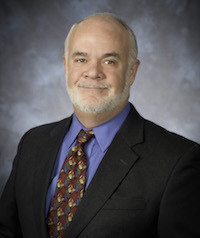 SEC staff is considering whether broad risk management programs should be required for mutual funds and ETFs to address the risks related to their liquidity and derivatives use, as well as measures to ensure the Commission’s comprehensive oversight of those programs. The staff is also reviewing options for specific requirements, such as updated liquidity standards, disclosures of liquidity risks, or measures to appropriately limit the leverage created by a fund’s use of derivatives.

Virtus is subject to some of the security-based swap rules that mutual funds previously had been exempt from. “In the last year, the exemption was taken away because of Dodd-Frank,” said Martin. “We’ve had to do some analysis to see how that impacted our firm.”

During a November panel discussion that included Martin and other investment management professionals, one of the themes that emerged was an increased use of technology. “One of the takeaways was that middle and back offices have to continually evolve their processes and technology to stay competitive,” he said.

Persistently low yields are forcing asset managers to consider other forms of investments. “Yields are staggeringly low, historically, and they have tremendous implications for fixed income,” said Andrew Plevin, co-CEO of BroadRiver Asset Management. “Traditional yields that you can get through the government markets, whether it’s the U.S., the German market, or the Japanese market, are basically between slim and none. The U.S. 10 year is around 2%, the German bond is around .48%, the Japanese bonds are around .26%.”

The rest of the market also has tight yields, with high-grade credit hovering about 3%, and high yield around 6%, “which used to be laughably low for high yield,” Plevin said. “If you want yield today, do you want to try the 10-year Russian bond, where you can get 14%, triple B minus? It is probably on its way to junk,” or BB rated, he said.

There are alternative investments that can provide cash flow and yield, for example real estate. “You own a commercial building, you have a rent roll, you have a cash flow, though not in the form of a bond,” Plevin said. Other types of higher-yielding investments include senior bank loans, short-term corporate receivables, insurance-linked securities (i.e., natural catastrophe risk and longevity assets), and municipal tax liens.

Such investments can prove superior to plain-vanilla bonds, but they’re not risk-free and for an asset manager, they require more specialized expertise and infrastructure.

BroadRiver favors longevity risk and municipal tax liens because their returns typically have low correlation with broader markets. Longevity risk is similar to life insurance, with predictable outcomes linked to actuarial tables. Municipal tax liens arise from the fact that almost every municipality in the U.S. has unpaid tax receivables, such as property taxes. “People don’t always pay their property tax, and those counties need it to pay their policemen, their firemen, and their teachers,” Plevin said. “They can’t wait indefinitely for these taxes to be paid, so they go to the financial markets to sell them.”

Both longevity assets and tax liens represent pools of assets that will be repaid over time, with a predictable rate of repayment and yields that can be very high, and they are very senior in an entity’s capital structure. “Tax liens rank higher than any other mortgage on the property,” said Plevin. “So you’re basically stepping into the shoes of the county, or the city, where you’re in a very senior credit position, and it has a highly reliable cash flow.”

Regulatory risk is a major issue for trading and investing firms, for example with the European Union’s Markets in Financial Instruments Directive.

The MiFID II regulatory regime is progressing toward its 2017 implementation date, with implications for U.S. companies that do business in Europe. In an increasingly global marketplace, this group includes essentially all large U.S.-based trading and investing firms.

Companies will need to invest in building data analytics and operational efficiencies through automation, system consolidation and industrialization, as well as develop robust technology infrastructures and risk frameworks.

“Risk management practices will continue to develop – in-house spreadsheets give way to investment in sophisticated systems powered by independent data and underpinned by advanced infrastructures,” said Marion Leslie, managing director, pricing & reference services at Thomson Reuters. “These systems enable the capture and normalization of transaction and position data across the enterprise, linking exposure to issuers and counterparties.”

Organizations will see the fruits of this investment as risk management starts to drive trading and investment. “Rather than being a mitigation activity, it will be a proactive driver of performance for both the individual and firm and may also result in firms ‘de-risking’ their activities by exiting certain markets as they understand the true cost of participation,” said Leslie.

Central clearing mandates are overwhelming firms’ ability to generate the required reporting due to sheer volume and complexity. For four of five market firms, regulatory uncertainty and compliance costs associated with new clearing mandates are major concerns, according to a November 2014 survey conducted by Sapient Global Markets at FIA Expo in Chicago.

“Regulation is placing tremendous pressure on the clearing community, with conversations inevitably focused on the costs involved and how to potentially alleviate them,” said Jim Bennett, managing director at Sapient. “As a result, the industry is on the brink of transformation, as firms search for new ways to differentiate their clearing offerings while commoditizing the processes that either fail to offer competitive advantage or require decoupling due to regulatory requirements.”

The European Securities and Markets Authority has published a consultation paper for implementing MiFID II. Although there are still details to be hammered out, the deadline for compliance is fixed.

“Although the 3rd of January 2017 is some ways away, that’s your compliance date,” said Chris Collins, director of the regulatory response team at Sapient. “You’re not just talking about pure technology. It’s also about budgeting, implementation, and testing. You have to finish and have it tested and be reporting.” 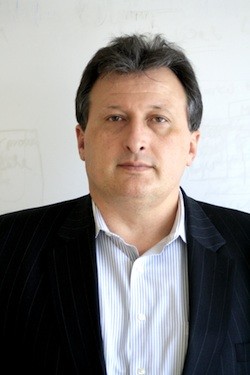 Within the European Union, there are wide disparities in terms of MiFID adoption. The U.K. and Germany, for example, were among the first countries to embrace MiFID I, and have since promoted rules around high-frequency trading and conduct of business that are core principles of MiFID II. “Such rules have been enforced in the U.K. and Germany for some time,” Collins said. “If you got into the wider reaches of the EU then some of that is not quite so robust. You’re beginning to get commodities firms, for example, looking at whether or not they need to set up a new business model and spin off a totally different legal entity to cope with their MiFID type business.”

In Europe, the development of financial service industry regulations is prescribed by the Lamfalussy Process, which is composed of four levels, each focusing on a specific stage of the implementation of legislation.

At the first level, the European Parliament and Council of the European Union adopt a piece of legislation. The law then progresses to the second level, where sector-specific committees and regulators advise on technical details. At the third level, national regulators work on coordinating new regulations with other nations. The fourth level involves compliance and enforcement of the new rules and laws. MiFID II is currently at Level II of the Lamfalussy Process.

“There are going to be still quite a few discussions going on around what is a MiFID product,” said Collins. “A lot of people, especially around the commodity side, are arguing as to what is in and what is out of scope. There’s still plenty of uncertainty around that.”

As the compliance deadline approaches, and as the extent of the changes that MiFID II will create are beginning to sink in, there is a sense that the point of no return has been reached.

“There’s a realization now that we’ve reached a tipping point in terms of the effect of regulation on the real economy,” said Collins. “We’ve got a dichotomy between what the political will was when all this was passed in the middle of last year and what’s going to happen going forward.”

Companies shouldn’t underestimate the willingness of regulators to enforce MiFID II once 2017 rolls around, especially now that Emir compliance is underway.

“Emir sprung a big surprise on us when regulators said, ‘We will do exchange-traded derivatives,'” said Collins. “I think for MiFID II, there will be little forbearance on the part of regulators because they will say, ‘You’ve done EMIR and you’ve done Dodd-Frank, so why should we give you any more time?’”

One of the hottest risk tools in investment management is the Investment Book of Record (IBOR), which provides a consolidated intraday view of positions across all portfolios.

Among other things, an IBOR simplifies the task of maintaining customer records. “It’s a system that would have all your client records in a way that is easily sortable by client,” said Martin of Virtus Investment Partners. “For example, if an investment advisor has 500 or 600 or even thousands of clients, you’d be able to use your investment book of record to do statements, commentary, quarterly updates, and annual updates very simply.”

Currently, firms have to gather such information from a number of different sources and systems, even within a company. “Integrating and getting it out the first week or two after a quarter ends can be tough if you have a couple of hundred accounts or more,” Martin said. “It’s not like you have a mutual fund where you have one fund, one strategy, and thousands or tens of thousands of shareholders. In an investment advisor’s situation, everyone pretty much has their own individual account and reporting for those can be difficult.”

Outsourcing is another topic of discussion, in particular managing the risk associated with delegating in-house functions to third parties. “Just because you outsource doesn’t mean you lose the responsibility,” Martin said. “From a regulatory standpoint, if you outsource you still own it.”

“By outsourcing you can reduce complexity because you don’t have to program it yourself, which involves a lot of conversations between non-IT people and IT people,” said Martin. “The caveat is you have to make sure that the outsourcer is doing what they promised, and what they said they were going to do.”