In a party-line vote, US Securities and Exchange Commissioners voted to proceed with the multi-agency proposal that would amend section 13 of the Bank Holding Company Act, better known as the Volcker Rule.

The SEC was the last regulatory agency to consider the proposal, which already has been approved by the Federal Reserve, OCC, FDIC, and CFTC, noted Chairman Jay Clayton in his opening remarks.

Before the Commission’s vote, representatives from the SEC’s Division of Trading and Markets and Division of Investment Management presented their recommendations. None of the Commissioners nor Chairman Clayton asked any questions of the staff regarding the proposal.

As part of the proposal, regulators would divided banking entities into three categories defined by their consolidated trading assets and liabilities. 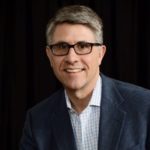 “Under this approach, the most comprehensive compliance requirements would only fall on the banking entities that did the most trading,” explained Brett Redfearn, director of the Division of Trading and Markets at the SEC.

The highest tier captures 95% of trading, according to Sam Litz, attorney-advisor at the Division of Trading and Markets at the SEC. “When you combine the top and middle tiers, it captures 98% of trading,” he added.

Among the areas where the regulator is keen to receive comments from the industry include the changing the metrics used by the Volcker Rule, rethinking the statutory exemptions to foreign banking entities for trading that occurs outside of the US, and examining the application of underwriting and market-making exemptions, he added.