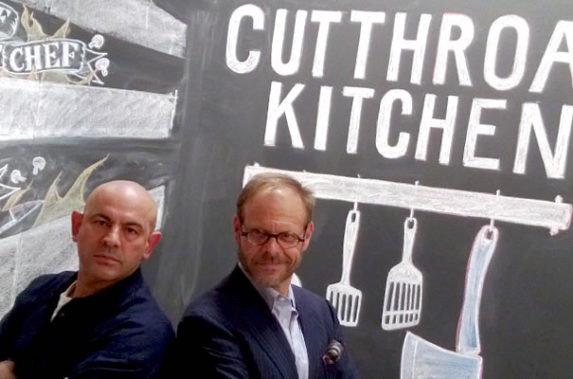 My obsessive binge watching of anything cuisine-related inspired me to seek out my absolute favorite TV personality, Mr. Simon Majumdar. He is tough as nails on Cutthroat Kitchen (as any of the chefs who were sent home shall attest to), yet sweet as pie when I chatted with him regarding his path, experience and love for food.

Simon, who also judges on Iron Chef America and The Next Iron Chef, is from Rotherham, a large town in South Yorkshire, England. The son of a Welsh mother and a Bengali father, Simon is following his dream of traveling the globe with his lovely wife, Sybil, as they have enjoyed the cuisine of more than 70 countries thus far.

His publications include Eat My Globe, Eating for Britain (which was written as an homage to his upbringing including a “How to make Whiskey” component) and Fed, White and Blue. His books have amassed an impressive following and have been featured on more than 150 shows.

His journey began with him wanting to pursue a passion and jetting off to 31 countries in one year allowing him to compose his first piece of culinary literature, Eat My Globe. This then led The Food Network to reach out and invite him to appear as a judge on Iron Chef. The rest of his story is my dream come true and I’d love to be walking in his shoes some day. Or at least my palate would love to.

Markets Media Life: What attracted you to the food industry and how did you decide to go down this path?

Simon Majumdar: “It’s actually the other way around, it chose me. Raised in a half-Bengali household, the connection with food always resonated. The interesting smells and tastes fascinated our family.” In 1999, he discovered the realm of chat boards such as Chowhound and it became his home. He met many people through this channel and in 2005 he and his brother started one of the very first food blogs in London, DosHermanos. Having a much more sophisticated palate as they were in their 40s and extremely direct in their critique, they were recognized in the ‘1,000 Most Influential People’ list in London. Their pictures were residing in kitchens throughout London and were considered a force to be reckoned with given the power in their reviews. Simon then went on to write for The Guardian as well as the Times of London in London.

MML: Deep question here. Who is Simon?
SM: “I’m a sum of many different parts. Growing up in a [mining] town where people don’t hide their opinions in Rotherham, I’m a jigsaw trying to put the pieces together.” His Welsh mother is from a humble family and his father from an illustrious family in Calcutta, which Simon has frequented many times.

MML: Do you feel that your judgment is a bit harsh at times on Cutthroat Kitchen?
SM: “No, I only judge what is in front of me. I am unable to hear or see anything prior to tasting and am unaware of any of the sabotages against the chefs. I can only taste and judge what is on the plate.” True to fashion, if you ever have witnessed Simon in action, you are aware that is the one-liner given prior to every food round eliminating a chef.

MML: In the spirit of food, where on the planet has your palate been most satiated?
SM: “This is an interesting one. It’s not always about the quality but the cuisine coupled with hospitality, I would have to say the Philippines. I met my wife there.” The two things stated by Simon about his first visit to the Philippines were a) underrated cuisine b) no other culture is as obsessed about food as this one (in the nicest way possible). “Obsessed with food it’s scary”, something I don’t mind about any culture. (My heart wants to immediately hop a flight to Manila).

MML: Can you kindly elaborate on the various cuisines of this locale and name a close 2nd and 3rd?
SM: “When people think of the Philippines, they equate that with the traditional pork, or something fried, or deep frying of pork.” (I chuckle). “An archipelago of 7100 islands, the variation is fantastic from the mangoes to seaweed, to seafood. There are a mix of flavors influencing the cuisine: Malay, Chinese, Indian and especially Mexico. (A hybrid of Adobo).” Also, one mustn’t forget the Lechon, suckling pig that is roasted (as it was served at Simon’s wedding). Simon also mentioned that Filipinos are one of the largest forgotten minorities in the U.S. This is slowly changing and they are now willing to promote themselves as is he due to his familial connection with as he puts it, “A country I adore”. I particularly loved that he worked with the chefs in kitchens to make certain his ability was up to par for the ‘in-laws’. That’s love.

MML: What makes a remarkable chef?
SM: “The number one would not be a physical talent for me but one that shows intellectual curiosity. You can teach most people unless they are totally useless but those who are constantly trying to learn would make a remarkable chef.”
One chef in particular Simon pointed out and (is also riveting to watch on Iron Chef) is Alex Guarnaschelli. It amazes him that she uses post-it’s and “is constantly on a search for food. Her character is in her food.”

MML: What would you consider to be the most significant food faux pas in competition (or otherwise)?
SM: “Younger chefs that don’t taste their food and who are in such a hurry. Those who over-think it.” He used an example of schnitzel and how Bobby Flay may think simply on how to deconstruct this course where the end result is technically perfect whereas another chef may bombard the breaded veal/pork with too many flavors removing the simplicity of the taste from the dish. 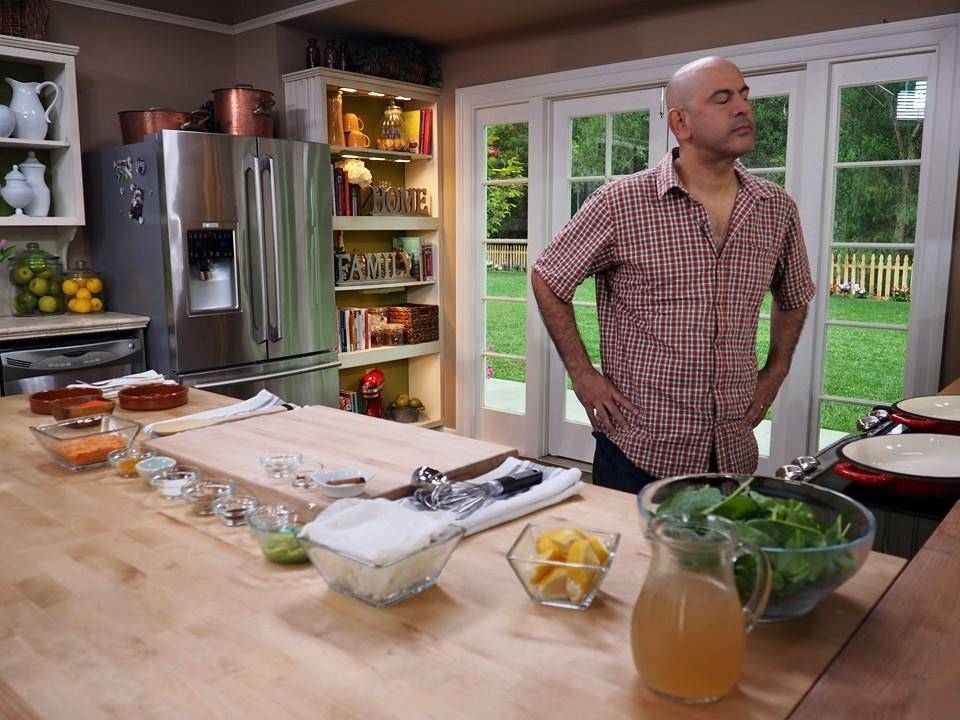 MML: Your message for Markets Media readers as it relates to all cuisine?
SM: “My motto in life – Go Everywhere. Eat Everything” (A man after my own heart!!)
“One should try to expand their palate. Get out there and do it”.

MML: I always like to ask, What is that sets you apart? Your differentiator? Your “je ne sais quoi”
SM: “My motivation is very different. My main desire is to travel the globe with my wife and the aim is simply to go around the world. TV or being famous is not the end goal, this simply facilitates the former”. Don’t think Simon isn’t thrilled about being a well-known TV personality, he of course loves that as well, not to mention the wonderful and unique invites he receives from all over the world.

This is my first time doing a rapid fire round where I compiled a list of Food items just for Simon:

(first word that comes to mind – one second to respond) I LOVED THIS BIT!

This concludes my interview with Mr. Simon Majumdar. If you have not yet seen him on Cutthroat, read his publications or simply heard his accent, do it!
To date, this has been my absolute favorite chat and I must say, he is one Humble Pie. Thank you, Simon.