Stopping New Libor Loans By September Will Be Challenging

Loan markets will find it difficult to meet the desire of UK regulators to stop the issuance of cash products linked to sterling Libor by the end of the third quarter of this year.

The Bank of England, the Financial Conduct Authority and the Working Group on Sterling Risk-Free Reference Rates last week published priorities and milestones for 2020 on Libor transition.

Tushar Morzaria, chair, Working Group on Sterling Risk-Free Reference Rates, said in a statement: “2020 will be a pivotal year in the transition journey, with critical focus on enabling the flow of new business away from sterling Libor.”

The working group is made up of experts from large sterling swap dealers and discusses the development of sterling risk-free reference rates. The priorities include ceasing issuance of cash products linked to sterling Libor by the end of the third quarter of this year.

Tim Rennie, banking partner at law firm Ashurst, said in email: “Ceasing Libor-linked loans by the end of the third quarter of 2020 is a formidable task for lenders when faced with overhauling their operating systems, dedicating large teams to transitioning their back book and determining their policies on lending terms for Sonia-linked loans going forward.”

After the financial crisis there were a series of scandals regarding banks manipulating their submissions for setting benchmarks across asset classes, which led to a lack of confidence and threatened participation in the related markets. As a result, regulators have increased their supervision of benchmarks and want to move to risk-free reference rates based on transactions, so they are harder to manipulate and more representative of the market. The UK has chosen the sterling overnight index average, Sonia, as its new risk-free rate. The FCA said two years ago that it will not compel panel banks to submit to Libor beyond 2021. 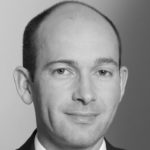 Rennie continued that a significant market development will be the availability of an approved independent provider of the compounded Sonia rate and a settled fallback position, both of which may only get finalised later this year.

“Allied with this, the Sonia-linked loans publicised to date have been bilateral facilities with friendly counterparts, and only once the market sees a group of banks providing a syndicated Sonia-linked multi-currency loan, will the lender community really accept this target deadline,” he added.

He said the Loan Market Association is preparing standard documentation, but this will inevitably put huge pressure on financial institutions to phase out Libor-linked loans entirely in the next eight months.

Joshua Roberts, associate director at JCRA, agreed that the September deadline is very aggressive for the bank lending market. JCRA, part of Chatham Financial, is an independent financial risk advisor specialising in hedging and debt advice.

Roberts said in an email: “Only a handful of Sonia loans have been signed so far, and the vast majority of banks are still not offering them as a matter of course. That said, the best way to prepare for the Libor transition is to stop signing new deals on Libor – so an aggressive deadline might be a step in the right direction.” 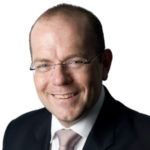 Christopher Woolard, executive director of strategy and competition at the FCA, said in a statement that market participants have made impressive progress in moving away from Libor in most products.

“The time has come to draw to a close its remaining use,” added Woolard. “The Bank and the FCA have written to major banks and insurers to set out our expectations for transition progress during 2020 and to reaffirm our support for the working group’s targets. Firms must act now to help meet these targets and ensure a smooth transition to alternative rates by the end of 2021.”

In the derivatives markets, the Bank of England and the FCA have said market makers should switch to Sonia for sterling interest rate swaps on 2 March 2020.

The UK regulators said the market for Sonia derivatives is already well-established as the average for cleared over-the-counter Sonia swaps exceeded £4.5 ($5.9bn) trillion per month over the past six months. They added that the traded monthly notional value is now broadly equivalent to sterling Libor.

Edwin Schooling Latter, director of markets and wholesale policy at the FCA, said in a statement that there has been great progress in the development of the Sonia derivatives market.

“I encourage all market participants to join the initiative to put Sonia first over Libor from 2 March,” he added. “This should help make Sonia the market standard in sterling swaps as is already the case in the bond market.”

Chris Barnes at derivatives analytics provider Clarus Financial Technology said in a blog that trading volumes of Sonia swaps have already hit all-time highs this month. He wrote: “Drilling down into the January 2020 volumes reveals that the previous record of £174bn has already been bettered with £248bn trading on January 15th.”

However, Barnes noted that 95% of trading has been in swaps that mature in three months or less, which suggests the spike in activity is related to expressing a view ahead of the Bank of England rate-setting meeting on January 30 2020, rather than due to the transition from Libor.

Phil Lloyd, head of market structure and regulatory customer engagement at Natwest Markets, said in a blog that the rhetoric on Libor transition will continue to ramp up this year with more regulator driven milestones.

Lloyd continued that the ISDA fallback protocol publication in this quarter will focus attention and banks will ask counterparties to adhere to protocol for their legacy swaps portfolios. In the loan market milestones will be targeted around technology blockers and agreeing market conventions.

“As the cash markets catch up we will start to see substantive moves to risk-free rates,” he added. “And a bonanza for the lawyers as the volume of contract repapering escalates.”