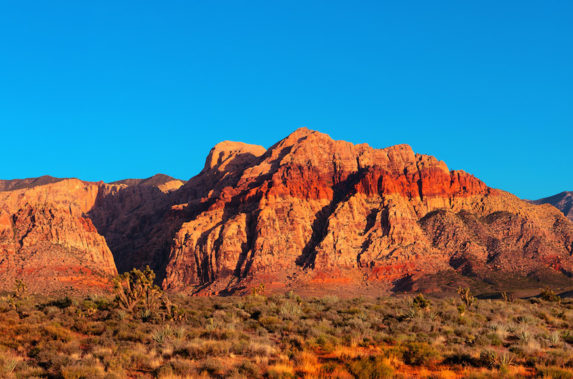 In a state whose largest city is known for risk, the Public Employees’ Retirement System of Nevada keeps things close to the vest.

The $33.5 billion pension plan focuses on generating investment return through investing in indices of high-quality stocks and bonds, with very few of the bells and whistles one might find in the portfolios of other large institutional asset owners.

“We are conservative, both in risk posture and in our portfolio structure,” said Steve Edmundson, investment officer at Nevada PERS. “We emphasize our exposures to high-quality assets — we have no leverage, no derivatives, no hedge funds, no junk bonds.”

As of June 30, 2014, the externally managed Nevada PERS had 42% of its portfolio allocated to domestic equities, 30% to fixed income, 18% to international stocks, and 10% to alternatives, split between real estate and private equity. Stock holdings are mostly large-capitalization, bonds are heavy on investment-grade U.S. Treasuries, and regular rebalancing aims to add each to each asset class at lower valuations and pare back when frothy.

Nevada PERS is fine with beta (passive management, market return) whereas many other organizations seek alpha (active management, market-beating return); another primary distinction is its low allocation to alternative investments, which have been trending among public pension plans in recent years. Investing 101, plain vanilla, blocking-and-tackling — however it might be described, it works for Nevada PERS.

We emphasize our exposures to high-quality assets — we have no leverage, no derivatives, no hedge funds, no junk bonds.-Edmundson

“The trick in investment management is knowing your clientele,” Edmundson told Markets Media in a July 31 telephone interview from his office in Carson City, 435 miles northwest of Las Vegas. “While Nevada has casinos and gambling, the people of Nevada, particularly the (165,000) members of our system, actually have a very conservative posture. We have molded our investment portfolio to match that.” 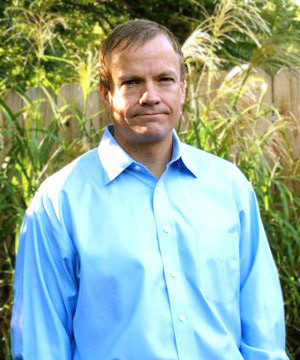 Nevada PERS’ investment style aims to maximize market returns, with minimal fuss. “It’s a focused version of traditional asset allocation,” Edmundson said. “This has served us well historically. For example, during periods of market weakness, we usually look pretty good. In the 2009 fiscal year, which ended June 30, 2009, we were the top 16% of public funds, largely because we have that focus on high-quality assets.”

Edmundson said based on preliminary data, FY2014 returns were in the top 25% of public pension funds, while three- and seven-year annualized returns landed in or near the top decile.

Edmundson was appointed investment officer in December 2012, after more than seven years as assistant investment officer. Prior to joining Nevada PERS, he worked in the treasury department of computer-technology concern Oracle Corp.

A native of Pasadena, California, Edmundson earned an undergraduate degree from Montana State University and a graduate degree from the University of Nevada, Reno. Married with one daughter who’s a first-year student at MSU, Edmundson and his wife Kelly enjoy hiking, running, climbing and skiing in their “backyard playground of Lake Tahoe and the Sierra Nevada mountains.”

For Nevada PERS, a disciplined and consistent approach to investing has been a hallmark dating back to its 1947 creation. “One of our biggest accomplishments has been not changing our stripes,” Edmundson said. “We’ve seen funds experience success with all sorts of different structures, but a common thread of those successful funds is consistency in approach.”

According to its statement of objectives and policies, Nevada PERS aims to achieve average annual returns of 8% — 4.5% above the inflation rate — over the long term, using an uncomplicated framework and disregarding short-term market volatility.

Persistently low bond yields have made it difficult for pension plans to clear their return hurdles, prompting some organizations to lower the bar. Edmundson said Nevada PERS has returned 9.6% per year since its inception, underscoring that time is the best friend of institutional asset owners.

“For a public pension fund, when we talk about long time periods, we’re talking about 30, 40 years,” he said. “Obviously, with rates as low as they are, 8% isn’t as easy as it once was, but we’ve shifted our portfolio over the years as rates have come down. We’ve increased our allocation to equities, and we’ve positioned our portfolio in a manner that we expect to continue to reach that hurdle over long time periods.”

Continued Edmundson, “while we might have a period of three or four or five years of lower than 8% returns, we expect interest rates ultimately to normalize, and over the course of 30 years, 8% will be a very reasonable number.”

With regard to interest rates, the risk for pension plans and other bond owners is that if rates rise quickly, bond values will decline. That scenario hasn’t played out yet, but many market participants  expect it will.

Nevada PERS isn’t repositioning in anticipation of what may or may not happen with rates. “As some investors have experienced in the past 12 months, predicting interest rates is not an easy task, especially over the short term,” Edmundson said. “Granted, given the absolute and historic low levels of rates, the most likely path going forward will either be rates staying where they are or moving higher…But what’s critical is the pace of those rate increases, and that’s what’s going to be the difficult thing to predict. Because of that, we haven’t made any overt duration bets in our portfolio.”

Edmundson and Nevada PERS Assistant Investment Officer Lauren Larson don’t make global macro calls either, but the pension plan does regularly rebalance its portfolio based on the relative performance of its two asset classes. Edmundson said the contrarian-minded PERS moved about 10% of its assets into equities from bonds around 2008-2009, and more recently, in the wake of several years’ strong performance, the fund has trimmed equity exposure and reduced risk on the fixed-income side.

“We wouldn’t be surprised if we experienced a period of lower returns, at least over the next mid-term period,” Edmundson said. “I expect we will be somewhat more defensive until we see the next serious contraction, at which point, we’ll likely be buyers of risk again.”

As of June 30, 2014, Nevada PERS’ biggest U.S. equity holdings were Apple, Exxon Mobil, Microsoft, Johnson & Johnson, and General Electric. Bonds included U.S. Treasuries plus sovereign, mortgage-backed and corporate financial securities; about 60% of the bonds were rated AAA, and Edmundson noted the portfolio has essentially no equity-linked risk in the form of high yield or convertible bonds.

“Given our simple and focused approach to asset allocation, our primary avenue of risk management is maintaining high-quality assets in the portfolio,” Edmundson said. “While some funds might look to alternatives such as hedge funds for risk mitigation, we have chosen high-quality bonds to be our ‘anchor to windward’, and our 30% allocation to core bonds is anywhere from 10 to 15% higher than our peer group.”

Hedge-fund assets increased about 15% in the year ended June 30, 2014, to $1.5 trillion, according to industry data. Public pension plans in Massachusetts, New Jersey and elsewhere have bumped up hedge-fund allocations in recent years, aiming to manage risk and generate income and returns with low correlation to broad market indices.

Edmundson said private equity has done well for Nevada PERS over a long period of time, but there’s some wariness regarding how in-vogue the asset class has become. “It’s becoming a more crowded space, and we don’t like to be in line with everybody else,” he said. “When investors in general are rushing to a specific sector, we will typically be shying away from it.”

There are at least some indications that the pendulum may be swinging, and pension plans are ready to embrace a more simple and streamlined model. On Sept. 15, the giant California Public Employees’ Retirement System said it would eliminate its $4 billion hedge-fund program — representing an allocation of just 1.4% — to reduce complexity and cost.

Such moves may be a function of Institutional asset owners’ lackluster expectations for the next few years. “After several years of strong returns, investors are grappling with meeting objectives in a low expected return environment,” said Julia Bonafede, president of  Wilshire Consulting. “This is causing them to question all of their asset classes and the roles that they play in their portfolios.” 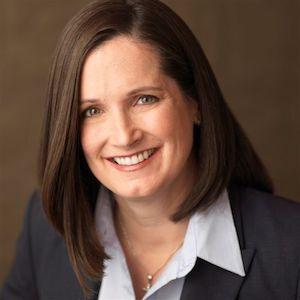 Speaking generally and not about Nevada PERS or CalPERS specifically, Bonafede added: “Hedge funds are not an asset class and some of the returns streams offered by these funds may be obtained in other segments of the portfolio, often times at lower costs and with a less complex implementation.”

Nevada PERS is far from Wall Street’s best client: it farms money out to just a dozen investment managers — some comparably sized public plans employ several dozen — and its core business is low-margin index funds. BlackRock, AllianceBernstein, and Mellon Capital were Nevada PERS’ biggest managers as of mid-year. “If you’re an index investor, you don’t need many asset managers, so it keeps the time commitments of staying in touch in line with our staff resources,” Edmundson said.

The low overhead carries over to the physical operation — with a two-person investment staff, its $16.75 billion of assets under management per investment employee may be the most among U.S. public pensions. Edmundson himself is listed as the contact person on the investments page of the Nevada PERS website.

Investors are grappling with meeting objectives in a low expected return environment.-Bonafede

“I think we are the lowest-cost externally managed public fund in the industry,” Edmundson said. “Our fees are extraordinarily low.”

Nevada PERS won’t be ‘insourcing’ investing anytime soon, as some public pensions have done. “We have the appropriate structure for the resources that we have,” Edmundson said. “We would have to totally revamp our structure to move to the internal model, and given our emphasis on indexing and beta management, the cost savings for us would be minimal.”

Regarding innovation, Edmundson suggested that because pension-plan investing has gravitated toward the alternative-heavy ‘Endowment Model’ over the past seven to eight years, Nevada PERS is now the one who stands apart. “We have moved to a more focused version of the traditional approach, so you can say that our simple and efficient approach is actually our stamp in terms of innovation,” he said. “In fact, our simple model is now known to a lot of people in the industry as the Nevada Model…Our innovation lies in our simplicity.”

Going forward, “you can expect more of the same – a simple and consistent focus on managing both risk and return through our beta exposures,” Edmundson said. “Keeping it simple, buying low and selling high.”