TARGET2-Securities is set to boost demand for European bonds and alter the issuance landscape as the platform, which harmonizes cross-border securities settlements in the region, finished its final migrations this month.

The European Central Bank launched T2S in  2008 to end fragmentation  and lower the cost of cross-border settlements in the region. T2S began operating in 2015 and last week Iberclear Spain and the central securities depositories from Estonia, Latvia and Lithuania completed their first operational day. All the CSDs that signed the contractual agreement have now migrated to T2S and are able to settle all their securities transactions in euros – with an average of 550,000 transactions expected to be settled every day. Settlement in Danish kroner is due to be possible by the end of next year and other CSDs and currencies are invited to join upon request.

T2S could boost demand for European bonds according to a research paper, The Future of Global Debt Issuance: 2025 Outlook, commissioned by Clearstream, the  Luxembourg-based international central securities depository owned by Deutsche Börse Group, and produced by consultancy Aite Group.

“Increased connectivity via T2S to a larger range of end-investors could result in higher demand for European bonds,” said the report. “Extension of the T2S platform to more non-euro currencies and the reduction in settlement risk expected to be inherent in the T2S model will make it easier and more cost–effective for firms to issue cross-border in the region.”

T2S allows settlement in central bank money across borders, central securities depositories and currencies so there is no difference between domestic and cross-border transactions. The study continued that T2S, together with the incoming EU Central Securities Depositories Regulation, will also help to make the issuance process in Europe more harmonized.

However, Aite also warned that time is needed for these benefits to take effect as the issuance industry still knows little about T2S and CSDR. For example, nearly half of respondents to the study were still unsure about the long-term impact of T2S on debt issuance processes, and nearly a quarter felt the impact is currently unclear. 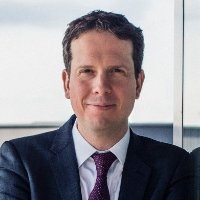 Marc Robert-Nicoud, chief executive  of Clearstream Holding, said in a statement: “While the market still needs time to adapt to the changed environment, we can see that the industry is beginning to identify the benefits of T2S going beyond settlement, that is, for issuance in Europe. This is an encouraging sign for our goal of a Capital Markets Union.”

T2S participants can use one cash and securities account for all T2S markets, which now have the same cut off times, allowing liquidity and collateral to be pooled. Banks no longer need to hold sufficient collateral buffers in all relevant markets and auto-collateralization in T2S means securities can be settled immediately, removing the need to keep surplus liquidity.

The study also cited the benefits of auto-collateralization, particularly for larger financial issuers looking to net their cash flows on redemption or interest payment days. Auto-collateralization is an automatic intraday credit operation triggered when a buyer lacks sufficient funds to settle a securities transaction. Aite added that this function should be viewed alongside the CSDR mandatory requirement for buy-ins in the event of settlement failure as a means of reducing the overall number of failures across Europe.

Aite said: “Wider benefits for issuance in the T2S environment that are expected to be exploited by market participants in the medium to long term include cost and efficiency savings due to the ability to consolidate issuance at single CSDs rather than deploying each national CSD for respective domestic issuance.”

Virginie O’Shea, research director of Institutional Securities & Investments, Aite Group, said in a statement: “The industry can anticipate growth in the international (Eurobond) market, in U.S., Asian, and European markets, and in cross-border issuance globally. It can also expect upticks in new instruments, such as green bonds and specific Asian bonds. Trends will likely be driven not only by global investor interests but also by developments in market infrastructure (policy) projects such as T2S in Europe.”

The study was based on market intelligence captured by Aite Group during interviews with a range of firms engaged in the primary market space and supported by data provided by Dealogic.