T2S Ready for Next Push

The advisory group for TARGET2-Securities said the five markets migrating next week to the project to harmonize securities settlement in the Eurozone demonstrate a very good record of already complying, or planning to comply, fully with most T2S standards.

The third wave of migration to T2S is scheduled for 12 September when Euroclear Belgium, VP Securities in Denmark, Euroclear France in France, VP Lux in Luxembourg and Euroclear Nederland are due to join the project. The single IT platform allows settlement in central bank money across borders, central securities depositories and currencies so there is no difference between domestic and cross-border transactions.

T2S began operating a year ago after being launched by the European Central Bank in 2008 to end fragmentation in securities settlement across the Eurozone as the cost of cross-border transactions could be 10 times more expensive than domestic transactions. This week the T2S Advisory Group produced a mid-year update on the progress of the project.

The report said Portugal and Belgium  (NBB-SSS), the two markets that migrated to T2S in March this year, are fully compliant with most T2S harmonisation standards.

“The five markets migrating to T2S on 12 September 2016 demonstrate a very good record of already complying, or planning to comply, fully with most T2S harmonisation standards,” said the report.

The advisory group said that in the coming months it will continue to focus on monitoring the implementation plans of the fourth migration wave in February next year, supporting the European Commission’s capital markets union action plan and harmonization efforts. Through T2S a single set of rules and standards apply to all transactions which reduces the complexity of the market structure and aims to make European markets more efficient and attractive to investors.

In July Accenture and Clearstream, Deutsche Börse’s central securities depository, produced the results of a survey of international banks using T2S. The benefits of T2S cited by respondents were liquidity management, followed by settlement processing, collateral management and network rationalization. The survey was sent to senior level participants from banks of all sizes based in Europe and aggregated results came from 20 firms.

Clearstream is slated to migrate in February next year before the final wave of migrations in September 2017. 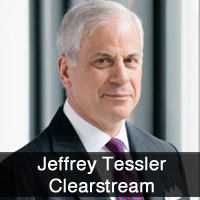 Jeffrey Tessler, chairman of Clearstream, said in  the CSD’s monthly report in August that T2S is a fundamental shift in European capital market structure. “T2S presents opportunities to do business in a radically new and cost-effective manner,” he added.

However, market participants have also said T2S needs to attract more volumes in order to decrease per-unit costs and meet the full potential of the project.

Alan Cameron, head of relationship management, international banks and brokers at BNP Paribas Securities Services, said at a conference in May: “T2S is a great leap forward in harmonization, security and capital efficiencies but needs to address some immediate issues to fulfil its potential.”

Cameron suggested that volume could be added from five possible areas – the UK, Switzerland, Scandinavia, fund markets, or Eurobonds.