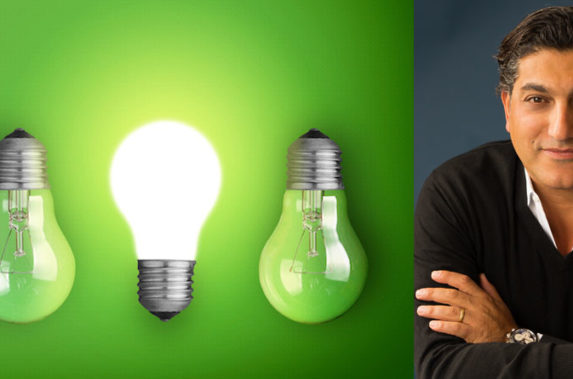 Up for discussion: markets, the economy, politics and more.

In this segment, Markets Media sat down with Alfred Eskandar, Chief Executive Officer of Portware, a FactSet company. The interview was conducted on April 26, at Portware’s headquarters in downtown New York City.

Markets Media: What are you seeing in terms of the business climate? What are your customers’ biggest concerns, challenges, and opportunities?

Alfred Eskandar: The biggest concern isn’t really a new one — how do I make more with less? But it’s not just about cost-cutting anymore. It’s about getting the most out of a constrained resource: people. You could say it’s about cost control, but that still doesn’t get at the heart of the issue. It’s about being able to scale AUM faster than you have to scale your desk, creating a high-performing and more stable organization through volatile, uncertain times. And as the market structure and regulatory demands continues to rise, this vision cannot be realized without decision-support capabilities powered by predictive analytics and machine learning capabilities. It’s just not possible.

The markets haven’t exactly been booming. What does that mean for market participants?

We’re getting into a period where you have to justify your value, what you bring to the table — whether you’re a vendor, a trader, a broker, or otherwise. If you’re not delivering real value you’ll have a harder time making a buck; if you are, you’ve got a shot to win. That’s the new reality — data backing up every decision, from the granular (down to a slice of an order) to the massive (from selecting vendors on up to M&A activity).

Technology is playing a gigantic role in this. It’s the new breed of software platforms that enable unprecedented data collection, analysis, and deployment. Those who are really embracing technology to empower their business models are seeing benefits. They’re seeing scale and the ability to grow AUM and launch new products and regions without growing their technology footprint. They’re seeing the ability to get the existing trading desk to handle multiples of complexity, notional values of trades, and just sheer number of orders.

On the brokerage side you’re also seeing firms leveraging technology vendors more to offset some of their internal calls. At the end it’s about delivering better service to the end client. We’re probably at the middle to second half of a transition period, where the majority of folks in the industry have accepted the complexity of the market, and functioning within that reality, are delivering more appropriate services and tools, at more appropriate price points as well.

When you turn on CNBC or fire up your Bloomberg, what is important to you? Are you looking at the S&P500? The VIX? The 10 year Treasury yield?

Volatility, rates, and the market’s overall performance are critical to me at the end of the day, both personally and as CEO of Portware. I’m also keeping an eye on trends in capital markets, market structure, and fintech. One thing that’s caught my eye is the growth of ETF products and the challenge their growth poses to active managers. We sell to both passive and active managers: To the head trader who wants efficiency and lower operating costs, we’re able to give them scalable technology. To the fund that is looking to grow AUM by outperforming the market, we’re able to give them sophisticated multi-asset tools that help them capture/retain alpha. Big players on both sides are growing and our clients are committed to excelling, which drives us to discover and automate new workflows.

It’s not just about cost-cutting anymore. It’s about getting the most out of a constrained resource: people.

Are you bullish, bearish or neutral on the economy? Are we headed in the right direction?

The global economy takes its cue from our attitude on our own economy [in the U.S.]. If we’re bullish and we’re creating policies that promote activity, we’re going to do fine. We have the best capital markets structure in the U.S. There’s no doubt. I was in Europe last week, and despite the best efforts of the EU, the continent still faces issues from fragmented markets, different languages, different currencies outside the Eurozone, etc. People have faith in the U.S. capital structure. We have regulation, transparency, and liquidity — not to mention consistency — within U.S. capital markets. We have a multitude of products and service providers. We have the world’s currency. There isn’t a better alternative than to invest in the U.S. market. I’m still very bullish overall, in large part because I’m bullish on the U.S.

What’s the latest on regulation? Will there ever be a ‘post-regulatory’ landscape or is it an ongoing situation?

In an ideal world, the role of regulation is to create the right framework for competition and fair play. When regulation tries to determine winners and losers we get into a bad place, and I think most industry participants — including regulators — know this. There have been some missteps, some growing pains, and some massive violations. Those should be dealt with accordingly. However, at the end of the day, there has been so much positive contribution from technological innovations and market structure evolution, so let’s not throw out the baby with the bathwater.

Let’s talk politics. What’s your sense of the upcoming U.S. election and what it may mean for markets?

I won’t guess what the impact is going to be if a Republican or Democrat wins the election this fall. We’ve had both bull and bear markets under both Democratic and Republican presidents, so clearly, there’s more to it than the President’s party affiliation. From a race perspective, to be perfectly honest, I largely don’t agree with how the campaigns have been run and hope they are not viewed as a reflection on the U.S. as a whole. Hopefully we can actually move past the mudslinging and trash-talking to focus on domestic policies and our geopolitical strategy.

How is Portware raising the bar for itself as an organization?

We — Portware teammates throughout the organization — have been shameless students of best practices and techniques from other industries. I think sometimes we in financial services take for granted that there are equally, or perhaps more innovative, industries out there, and we can learn from them. Take media and telecom. Being such consumer-facing industries, they’ve really kept up with advancements in technology much closer to real time — the proliferation and prioritization of mobile apps and Internet, unbundling of goods and services, responsive web design, and so on. Even outside media and telecom, there are many internet-enabled businesses out there. If you think of the retail model, it’s arguably not the most sophisticated model on the planet, but they’ve done better with predictive analytics, customer segmentation, and pricing than we have ever done. Granted, there are differences in the size of the addressable market, or what’s permissible under law, but we take what we can from this kind of efficient marketing mentality, and apply it to our own activities.

One big idea we’re looking at is collaboration: within the organization, within a peer group, and within a larger industry group. The collective power of crowdsourcing isn’t just for taking polls. The true power is in gathering the power of multiple minds working simultaneously towards a common target or a common solution. Firms that employ best practices on collaboration — enabled through both technology and face-to-face interactions — just get more out of their resources. They get more out of their people. They get more out of their ideas. They get more, faster. The organization of the future has to have this mentality at its core if it wants to create and preserve competitive advantage, and this mentality can really democratize the industry, bringing the best ideas to the fore.