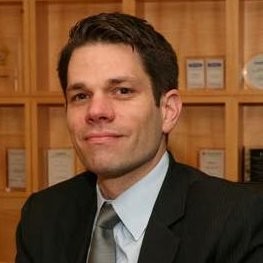 In a move designed to bolster its structured products business, bulge broker Citi hired a pair of senior executives. First, Fabrice Hugon joined as a Managing Director and Head of Third Party Sales for the Americas, responsible for formulating and executing the overall sales and product distribution strategy for the financial intermediary segment. Hugon came from Natixis, where he was Head of Equity Derivatives Sales and Financial Engineering, leading sales and product development. Prior to Natixis, he was a Senior Managing Partner at Elkhorn Capital Group. He was also Head of Derivatives Sales for the Americas at BNP Paribas and a Vice President at Societe Generale in the Alternative Investment Structured group. He reports to So-Yon Sohn, Global Head of Retail Third Party Sales and is based in New York.

Also coming aboard is Benjamin Gerbier as a Director and Head of Latin America Third Party Sales. Gerbier is similarly responsible for sales strategy, product distribution and client solutions for the Latin American region. Gerbier joined Citi after 14 years at Societe Generale, where he was Head of Cross-Asset Structured Products Sales for Latin America. He will report to Hugon as well as Juan Moraleda, Investor Sales Head for LatAm, and is based in New York.

Goldman Sachs’s stock-trading chief is leaving the firm. Paul Russo, who has run Goldman’s equities business since 2012, is negotiating his exit and is likely to depart in the coming weeks, according to people familiar with the matter. The firm is likely to give additional responsibilities to three executives — Brian Levine, Jeff Nedelman and Phil Berlinski — while Russo’s counterpart, Michael Daffey, continues to head the business globally from London, some of the people said. Financial News.

CoinBundle landed Katherine Hensel for its advisory board. Hensel has held leadership positions across the investment banking/brokerage and asset management industries for more than 35 years. Hensel currently serves as an Executive in Residence at Columbia Business School and on the Investor Advisory Committee of th e Financial Accounting Standards Board (FASB).

BTIG landed JT Herman as Head of Mergers and Acquisitions within its Investment Banking division based in San Francisco. Prior to BTIG, he was a Managing Director at GCA, where he led the firm’s Industrials and Industrial Technology division. Earlier in his career, Herman was a Managing Director at Goldman Sachs & Co., where he led the firm’s West Region Industrials unit in San Francisco. 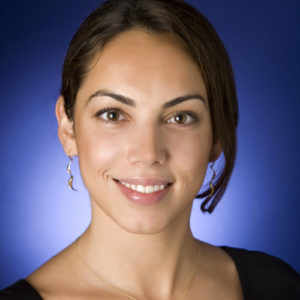 BNP Paribas Americas hired the duo of Sandra Francisco as a Director in the Americas  DEC – FX Prime Brokerage Sales Team and Andrew Dudek as a VP in DEC Product Management Team. Francisco will be responsible for marketing FX PB and derivatives execution and clearing to institutional clients. Francisco came from Wells Fargo after one year as a Director in Institutional Sales at the US bank. Prior to that, she was the Head of Platform Sales for the Americas, FX Hedge Fund sales and derivatives clearing at Deutsche Bank. She will report locally into Ira Rudman, Head of Institutional Sales DEC/FXPB, Americas.

Anova Technologies appointed industry veteran and thought leader, Joe Hilt, as Vice President of Sales and Marketing. In this position, Hilt will direct Anova’s sales teams to achieve revenue objectives as well as manage commercial relationships to ensure profitability. With more than 25 years of experience serving the telecommunications industry as a data networking and ultra-low latency expert, he was VP of Sales, Financial Markets with GTT Communications, following its acquisition of Hibernia Networks.

Wedbush Securities landed Danny Nadalalicea as its Executive Vice President and Chief Information Officer. In this newly created role, Nadalalicea will serve as a member of the Executive Committee and will be responsible for firm-wide development and execution of information technology. Prior to joining Wedbush, he spent 12 years with CLSA, Ltd, in technology management roles, with the last two and a half years as its Managing Director and Chief Information officer. Before this he was Chief Technology Officer with SetClear, and Vice President, Senior Software Engineer with G-Trade. He is based in Wedbush’s Los Angeles headquarters and reports to Co-Presidents Richard M. Jablonski and Gary L. Wedbush. 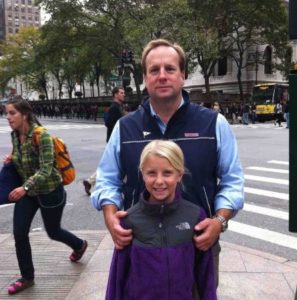 As reported by Reuters, equity research specialist Redburn has appointed Michael Seigne head of execution services, reporting to senior partner Jeremy Evans. He will manage a team of 32 people at the firm and be a member of the executive committee. Seigne joined from Virtu Financial but previously was head of execution sales at Goldman Sachs, where he worked for 22 years.

Cowen announced that Mike Healey has been named Chief Operating Officer (COO) of Markets, expanding his responsibilities from his prior position as COO of Equities. In his new role, Healey is responsible for overseeing and managing Cowen’s growth in Equities as well as in the Cross Asset Group, which is comprised of businesses formerly known as Special Situations, Credit and Alternative Credit.  Prior to joining Cowen, he was a Senior Vice President at Jefferies in the electronic trading sales group and spent more than a decade at UBS where he held a variety of roles in the COO’s Business Management department and as an Executive Director for Direct Execution Sales. . He reports to Dan Charney, Co-President, Cowen and Company.