Paul Reynolds, head of fixed income at TradingScreen said the order and execution management system analyses one billion individual data points in the asset class every day and is close to being able to provide trading price estimates. 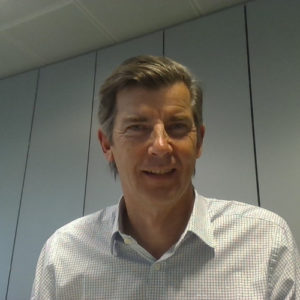 Reynolds told Markets Media: “Data is the new digital capital that uncovers liquidity. This was shown in November and December last year when our clients traded record volumes.”

He has worked at TradingScreen since April 2017. His previous experience includes launching Bondcube, an electronic fixed income trading system, which was acquired by Deutsche Börse before being closed down by the German exchange operator in 2015.

MiFID II, the regulation which went live in the European Union last year, extended best execution requirements from equities into other asset classes, including fixed income, for the first time and more bond trading shifted onto electronic platforms. In addition, the regulation increased transparency and post-trade reporting requirements.

In a TradingScreen blog Reynolds said fixed income is far behind his colleagues in equities, futures, and foreign exchange in terms of collecting, structuring, indexing, and making data instantly, contextually available through search. He added: “They look at us in fixed income as if we have just stepped out of a cave wearing an animal skin.”

However investors can be persuaded to  anonymously contribute order, request for quote, and traded volume data if they can benefit by being able to access this lake of pre-trade data in order to execute a trade more efficiently or to learn more about the activity in and liquidity of their fixed income portfolios.

Reynolds said “Our data lake analyses one billion individual data points in fixed income every day. This massively enriches pre-trade data on more illiquid bonds. We are not far away on being to provide trading price estimates on all-to-all bond RFQs.”

As a result of this data lake, TradingScreen client activity analytics can now clearly demonstrate actual cost of trading savings by a quantifiable dollar value.

“We can cut user workflow costs by using less clicks per trade and decreasing execution time,” added Reynolds. “This means that asset managers can do more trades with the same amount of people.”

Reynolds gave the example of TradingScreen EMS clients being able to send their multi-dealer net spotting file to Tradeweb with just one click. He said: “This can save 90% of hedging costs and reduce the number of trades by 95%.’

Iseult Conlin, US institutional credit product manager at Tradeweb, explained how multilateral net spotting operates via a LinkedIn post. She wrote: “Net spotting technology allows clients to have one spot price for a given Treasury benchmark across multiple dealers. In 2018, $152bn (€134bn) of volume was put through netting, enabling clients to tap into $2.8m of never before possible savings.” 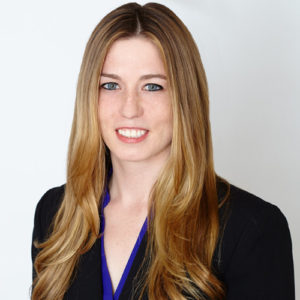 For example, if a trader at an asset manager buys $50m of one bond and sells $30m of another, she would normally have to price these bonds separately. Conlin said: “By utilizing Tradeweb’s Net Spotting, both of Katie’s trades would both be spotted at one price instead of having to pay the bid/ask on the Treasury bond. That is savings of $7,881! Imagine the cost savings to the marketplace if all eligible volume was netted.”

Conlin continued that electronification will increase in every stage of corporate bond trading. For example, pre-trade pricing information that was in emails and phone calls can now be electronically routed into a client’s order management system automatically.

“Just because a bond isn’t executed electronically, does not mean technology didn’t play a crucial role in getting the trade done,” she added.

Reynolds agreed that bond trading is being transformed. He said: “We have a small fixed income client base that is growing very fast each month as they pursue and find new workflows and different behaviours that provide immediate efficiencies and productivity.”

In the next 12 months TradingScreen expects to have signed large asset managers for fixed income in both Europe and the US. Reynolds added: “They understand our proposition that our platform saves money and makes their traders more productive, allowing them to grow their business.”

He continued that TradingScreen differs from competitors as the platform is multi-asset class, rather than just fixed income, and provides hundreds of connections to venues and data sources.

In December last year TradingScreen announced that Agilon Capital was using TradeSmart for fixed income as the hedge fund’s order and execution management system. TradingScreen said in a statement that key differentiators for Agilon included open connectivity with an extensive list of data providers and trading venues. 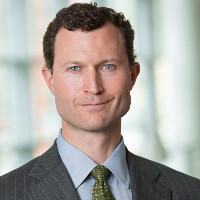 Spencer Lee, Agilon’s head of trading, said in statement:  “I have spent considerable time working with many of the leading electronic trading venues and believe TradingScreen to be one of the best-positioned OEMS platforms to deliver a true next generation buy-side trader workstation that handles the comprehensive integration that is required.”

Lee was formerly head of fixed income trading for Blackrock in San Francisco.

Reynolds added: “We normalise and analyse the data to provide one contextualised view of the bond order like a library of brands.”

The Desk’s Trading Intentions Survey 2018 found that many fixed income platforms closed or consolidated, which reduced competition. The survey said investors are primarily interested in execution platforms with a twist.

“Block-trading specialist Liquidnet, data aggregators and the interdealer broker-operated BGC Fenics both have strong pipelines for the year, with Algomi and Neptune leading the charge for data aggregators,” added the report. “MTS BondVision is also clearing the 10% mark for firms looking to onboard.”

The report continued that Bloomberg, MarketAxess and Tradeweb have a solid future and confidence in the use of Liquidnet was also proportionately high.

“Data aggregators are a solid bet for longevity, if they can turn their market share into revenue,” added the survey. “There is still a fight to be had, and market share to be won.”