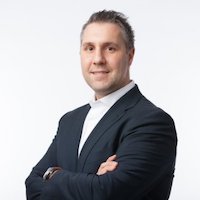 “The watch lists are never alphabetical,” said Jason Quinn, head of product development at Trumid. “The list is constantly changing shape where the most likely to trade move to the very top. We did not want to have someone watching 1,000 bonds to hunt through the list to find out where there might be some action.”

Trumid also plans to offer daily LTS reports, which it plans to send out around 1 pm ET.

The reports allow the platform operator to leverage its LTS model even more, according to Quinn. “The reports will say which bonds were active in the morning and which sectors are seeing the most activity,” he said. “These are the type of things we have added to provide additional value to the network.”

Trumid launched its Trumid Market Center, which uses a mix of dark and lit trading protocols in May 2016.

The platform matches users who are interested in buying and selling the same bond and are in what the platform determines to be a fair range between the bid and offer. The system calculates the original range every morning based on each bond’s volatility and how frequently it has traded in the past.

“We don’t put people into a negotiation until the platform deems them compatible when the bids and offers are close enough together,” said Quinn.

Users then enter a specific security and whether they want to buy or sell the security.

If the platform determines that the two indications of interest are close enough, it allows the counterparties to negotiate a final quote for the trade. Once they have agreed on a price, the counterparties enter their respective order sizes.

If a user gets a partial fill, the platform notifies other users who are watching the same security that there is a potential trade in that security at the negotiated price for the next six minutes.

“At the end of the window, users would have to enter a new IoI (Indication of Interest) if they wanted to trade in the same security,” he added.