Fintech is a broad, catch-all term, which can apply to a broad swath of financial-services operations.

But paradoxically, fintech is often viewed with a too-limited scope, as people commonly understand — or misunderstand — the word to refer to millennial-led startup firms that disrupt payments and wealth-management processes via digitization.

Fintech has emerged as one of the hottest buzzwords on Wall Street in recent years, after historically being the stuff of dry, technical discussions among IT professionals. 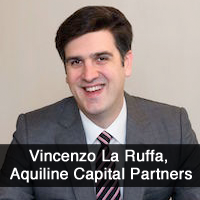 When Vincenzo La Ruffa started in the private equity business 12 years ago, the word fintech never came up at cocktail parties. “Now when it comes up, it comes up too narrowly,” said La Ruffa, who’s head of financial technology at Aquiline Capital Partners. “It comes up because today people think about robo-advisers, or alternative lenders or other consumer-facing things. I don’t think things are being labeled fintech that aren’t fintech. I just think that certain end markets get much more consumer attention than others.”

As a buzzword, “people talk about fintech as if it were something brand new. Very cool. Different. Specific,” said Leda Glyptis, director at consultancy Sapient. “But if we go back to basics, there is no financial services institution, no matter how you define what they do for a living, that isn’t in the business of fintech.”

La Ruffa noted that the innovation landscape is mixed, with penetration by small companies much stronger in certain end markets than others. “The payments market, for example, has had tremendous activity by small companies that became large by providing innovative solutions,” he said. “The insurance market is in much earlier innings.”

The multiple innovation channels, plus the fact that small firms don’t have a monopoly on innovation, underscore the shortcomings of pigeonholing fintech as the work of upstarts with stickered laptops, who do their disruption from shared workspaces.

“It is a misleading thought process,” Glyptis said. “There is innovation that is coming from large firms too. So technology-powered innovation cannot solely mean startups, but it also can’t be a byword for new technology either. That is because a lot of the startups that are doing very clever things in the FS space and are creating sticky revenue, are not using emergent technology to do that. They are using tried and tested technology, but are innovating through the business model or user experience.”

The nuances of fintech aren’t just an academic discussion — confusion around the term has implications for the bottom line.

“What you get is conversations with banks that can’t settle on anything, because they meander between talking about startups, emergent technology, or both,” Glyptis said. “A large percentage of decision makers speak of fintech and startups interchangeably.”

“They then consign it to the space of R&D and observation, or potential portfolio-diversifying investments,” Glyptis continued. Those pursuits are worthwhile, but “it misses the fact that most of the conversation actually needs to be about the game changers for the business-model innovation — the monetization of those relationships.”