What’s the deal with blockchain?

That’s a question on the minds of a lot of Wall Street market participants, who wonder whether the once-ballyhooed technology will ever be a disruptive and transformative force, or just a curiosity whose only lasting impact will be in academic case studies of tech failures.

The issue is that blockchain seems to be in a perpetual proof-of-concept (PoC) holding pattern — always on the drawing board but never actually being used. (See Whither Blockchain? 2018 version here.) 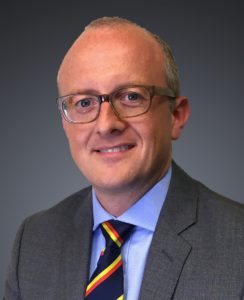 “Delays, failures and pivots are an essential part of entrepreneurship and innovative technological development,” Johnson wrote. “Only by coming up against obstacles and dead ends do we realize the limits of the technology and the most productive paths to follow.”

“The changes we are seeing in the space should be seen as a positive evolution and not a blight,” Johnson added.

In his blog, Johnson cited the famous Gartner ‘hype cycle’ graph, which shows visibility of a new technology sharply increase at first, then decline almost as sharply, before rising again to a plateau. Blockchain is currently in the stage of declining visibility, or the ‘Trough of Disillusionment’.

“While there have been numerous successful PoCs across equity, fixed income, FX and derivative markets, none have achieved the radical transformation that was expected,” Johnson wrote.

One group that is decidedly apathetic towards blockchain is public-market investors. In January 2018, four blockchain exchange-traded funds launched within days of each other. The two largest, Apply Transformational Data Sharing ETF (BLOK) and Reality Shares Nasdaq NexGen Economy ETF (BLCN), have seen their combined net assets decline 35% since inception, from $266 million to $173 million.

Yet blockchain development continues to churn ahead. In early June, the Wall Street Journal reported that 14 financial firms including UBS, Barclays, Nasdaq, and Credit Suisse joined forces to launch Fnality, an enterprise that aims to create a network of decentralised Financial Market Infrastructures to deliver the means of payment-on-chain in wholesale banking.

Greenwich recently polled financial services executives and found that on balance, there was more optimism about blockchain than there had been one year prior.

It is important to remember that after the Trough of Disillusionment comes the Slope of Enlightenment followed by the Plateau of Productivity, Johnson noted.