Broker-dealers whose business model is trade-execution only are gaining traction with the buy side, at the expense of sell-side banks that have traditionally dominated the space.

Liquidnet, Fidelity Capital Markets, and ITG delivered the best execution for their equity-trading clients in North America in 2013, according to Abel Noser Solutions. Liquidnet ranked first globally; Instinet also made the top 10 globally, while Weeden was top-10 ranked in North America.

“The trend is that agency-only shops are doing better in the past two to three years,” said Ted Morgan, chief operating officer of Abel Noser Solutions. “During the financial crisis four and five years ago, some of the ‘bulge-bracket’ banks were doing better…As things have quieted down and volatility is less, we’ve seen some agency-only shops step up.” 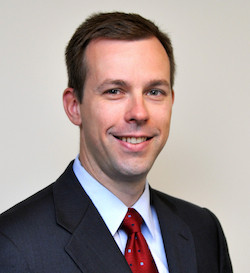 A confluence of factors has dimmed the allure of the equity execution offered by large Wall Street banks such as Goldman Sachs, JPMorgan, and Morgan Stanley. These factors include tighter regulation; challenging market conditions that have prompted staff reductions; and increased concern that banks’ internal dark pools representing a conflict of interest.

“These days, the first thing that the bulge bracket is going to do with an equity order is look for a match in their own dark pool,” Morgan explained. “The majority of these orders really don’t  ever make it to a public market. Rather, the order is shopped around and shown to a variety of hedge funds, prop desks, etc. who have the opportunity to take the other side. If it does make it all the way through that process without finding a cross, then it would go to some type of public exchange.”

Abel Noser Solutions’ survey, which analyzed $7.5 trillion worth of trades originating from more than 500 investment institutions, “show that’s really not as cost-effective a model as simple, straightforward client-centered agency execution,” Morgan said. The firm’s rankings rated brokers based on their average strike price compared with ‘trade-level’ benchmarks that took market conditions into account.

To be sure, Wall Street banks remain formidable players — JPMorgan and Jefferies ranked #4 and #5 in North America in 2013 according to Abel Noser, while in Europe JPMorgan, Credit Suisse, BNP Paribas and HSBC ranked #2 through #5 after Liquidnet. And while electronic equity execution has been ‘commoditized’ to an extent and profitability has been squeezed, it’s very much a core business that banks aren’t likely to exit.

Large institutional investors are generally ‘sticky’ when it comes to their brokers and don’t move fast when making a change in where to route trades. In that regard, it may be a critical time for the sell side to protect its competitive position rather than lose more ground to agency-only venues and potentially see slippage in long-term allegiances.

The Colorado Public Employees’ Retirement Association used 45 investment brokers and advisers in 2013, including Abel Noser, Liquidnet and all of the large Wall Street banks. Regarding the Bulge Bracket, “big picture I would say they generally meet our needs and produce some very valuable research and execution,” said Jennifer Paquette, chief investment officer of Colorado PERA, which oversees $45 billion.