It’s still a year and a half out, but the ship that now seems distant on the horizon is drawing nearer.

The vessel is named Markets in Financial Instruments Directive II, and when it reaches port, its regulatory cargo will hold implications for institutional market participants and market operators who buy or sell securities in Europe. In an increasingly global marketplace, that universe is of significant size.

“In order to comply with MiFID/MiFIR, market participants are faced with having to digest a vast array of information and to then assess the impact on their activities depending on whether they are operating as an investment firm or venue,” said Steven French, director of product strategy at Traiana, a provider of post-trade processing and risk-management services.

Meant to go into effect on January 3, 2017, MiFID II is a comprehensive, multi-asset-class revision to the original equity-centric MiFID, which commenced in 2007. Specific areas covered include microstructural Issues, data publication and access, venues, commodity derivatives, market data and reporting, and post-trade. “These subjects are interlinked to ensure that information pertaining to clients, venues and instruments is disclosed so that both pre- and post-trade activities are fully transparent,” French continued.

As with any regulation, the end-result benefit will not be cost-free. “The introduction of additional regulatory oversight on existing pre-trade, trade and post-trade processes results in additional IT and operational costs,” French said.

MiFID II is arguably more complex than its predecessor given that reporting requirements pull in more complex and less standardized financial instruments, across asset classes which historically have traded in a dealer-driven over the counter framework, i.e. via privately negotiated telephone transactions. 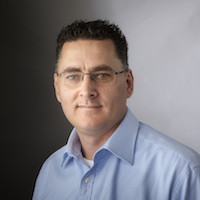 “The fixed income markets and derivatives markets are being pushed to have a coherent pre-trade and post-trade transparency framework around trade execution,” said Rhodri Preece, head of capital markets policy for Europe, the Middle East and Africa at CFA Institute in London. “Imposing new transparency rules around the publication of bids and offers, as well as the details of executed trades, is likely to have quite a big impact on all constituents.”

The European Commission first adopted a legislative proposal to revise MiFID in October 2011. The European Parliament ratified MiFID II in April 2014, and subsequently regulators and market participants have exchanged ideas via scores of comment letters, consultations and discussion papers. Going forward, MiFID II milestones include the start of the formal approval process this summer, an FCA MiFID II conference in October, and a formal consultation addressing implementation in December.

“MiFID is something that firms need to start preparing for now,” Preece said. “Next year will be crucial in terms of getting systems and processes ready.”

It will be more than a half decade between the initial proposal and full implementation, but given the stakes are so high, a long lead time is necessary. “It’s key to get the calibration right in advance, so you don’t disrupt the provision of liquidity too significantly,” Preece said. “That’s a particular concern at the moment, given some of the issues we’re seeing around liquidity in bond markets generally as a source of potential systemic risk.”

The original MiFID included rules that introduced competition to the EU trading landscape, encouraged cross-border market activity, and added certain investor protection measures. That framework may have been sufficient for many years had it not been for the global financial crisis of 2008-2009.

According to the U.K.’s Financial Conduct Authority, MiFID II is “designed to take into account developments in the trading environment since the implementation of MiFID in 2007, including advances in technology and gaps in transparency to investors and regulators. It is also a response to the financial crisis.”