While at Icap he led the launch of the Euclid Opportunities unit to offer seed funding and an acceleration program to early-stage financial technology companies in post-trade risk management and other institutional financial market applications. Before Icap Beeston also worked at Creditex Group, now part of exchange operator ICE, and Deutsche Bank.

Unlike Euclid, Illuminate Financial Management operates on a pure venture capital model and does not focus on just post-trade applications.

“It is the many new opportunities in pre- and post-trade that are the most interesting,”said Beeston. “Firms are having to deal with the impact of regulations such as Dodd-Frank, MiFID II and Basel III which bring many incremental requirements.”

Illuminate Financial Management said in a statement today that it had closed the first round of capital raising for its new IFM Fintech Opportunities Fund. The round was co-led by financial information services provider Markit and Deutsche Börse Group, the German exchange operator.

“Our fund is focussed on capital markets fintech so to have these major groups as investors is hugely valuable to our model,” said Beeston. “A key part of our investment thesis is to only make investments where we can influence the outcome and Deutsche  Börse and Markit have both a very significant presence and client bases in the space.” 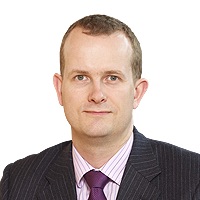 Andreas Preuss, deputy chief executive of Deutsche Börse, said in a statement: “The new fund focuses on fintech companies in areas such as compliance, regulation and connectivity, among others, which fits into Deutsche Börse’s growth strategy to extend its service portfolio.

Beeston continued: “There are four key drivers of change – cost, control, capital and compliance. We are most interested in firms that can impact several of these factors across our industry network of banks, buyside, market infrastructure players  and our investment partners.”

He added that Illuminate Financial Management has looked at hundreds of companies so it knows where it will deploy capital in the rest of 2015 and into the start of next year.

It has also worked with Duco, Enso Financial Analytics and Droit Financial Technologies.

Droit Financial Technologies was founded in 2012 by a team of over-the-counter derivatives professionals to provide pre-trade front office and post-trade compliance solutions.

Illuminate Financial Management is competing to invest in fintech with other venture capital firms and also banks and exchanges. GreySpark Partners, a capital markets consulting firm, said in a report today that a large number of investment banks and exchanges are experimenting with blockchain and distributed ledger technology. For example, 17 fintech companies are developing capital markets blockchain applications. The blockchain, which underlies the virtual currency bitcoin, is a transparent ledger that holds transaction records and is shared by a network, rather than being held centrally.

The study, “The Blockchain: Capital Markets Use Cases”, said there is a strong case for using distributed ledger technology to replace existing trade life-cycle technology systems and processes within banks and financial markets infrastructure providers like clearinghouses and exchanges.

Camron Miraftab, GreySpark analyst consultant and co-author, said in the report: “Scalability issues must be resolved. These scalability issues are related to the trade-off that exists between the current level of transaction throughput-capacity offered by blockchain protocols, and the size of real-world transaction values and volumes. This trade-off is specifically pertinent in the use of smart contracts, wherein large-size transactions are not yet possible.”

Institutional settlements require scale and the bitcoin blockchain is currently limited to seven transactions per second on a global basis. In comparison the CapGemini/RBS World Payments Report 2015 said total non-cash payments globally, including all wholesale and retail electronic payments, amount to 389 billion movements per year or 1.06 billion per day.

This month blockchain initiative SETL said it’s test network had broken through the barrier of one billion transactions per day by using a network which runs across a number of interlinked and communicating blockchains.

Greyspark said there will inevitably be winners and losers among the fintech companies competing with to develop an optimal capital markets distributed ledger technology infrastructure or protocol.

Beeston said: “Our model is complementary to the banks who have set up their own accelerators and incubators, a number of whom we work very closely with. The industry has a number of clear challenges at the moment such as cost, regulation and indeed sustainability of some business lines so there is an imperative for change that is leading to faster deployment of new technology.”