In its 267-page access-fee pilot rule proposal, the US Securities and Exchange Commission has stepped away from its recent approach to market-structure reform. 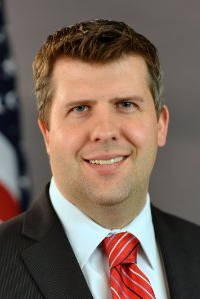 “I see this as a big step towards having this actually happen,” Tyler Gellasch, executive director at the Health Markets Association, told Markets Media. “As we have seen with the Tick Pilot and, more dramatically, with the Consolidated Audit Trail, the NMS Plan is a good way to make a hash of something by introducing complexities and delays. The Commission has shown increasing frustration with it.”

As proposed, the two-year pilot would consist of the three test buckets and a control bucket. The first two buckets would have fee caps of 1.5 mils ($0.0015) and 0.5 mils ($0.00005) respectively. The third test bucket would have no rebate of price-linked rebates.

Each bucket would have 1,000 NMS stocks that have a share price equal or greater than $2 that does not close below $1. The regulator would allocate all remaining stocks to the pilot’s control bucket.

Although there may be overlap with the tick-size pilot, which is set to end on October 3, the SEC considers the potential situation unlikely, according to the rule proposal.

The regulator also has included an automatic sunset for the pilot at one year if the SEC does not publish a notice that stating that the pilot would continue for another year.

It is not the first time that the industry has attempted to address with order-routing incentives.

In 2015, Nasdaq attempted an experiment, which it lowered the access fees on 14 stocks for four months. 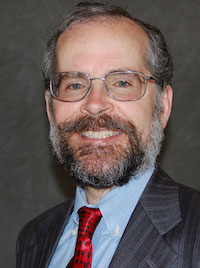 “It was doomed to failure since it was the only one participating,” said James Angel, a professor at the McDonough School of Business, Georgetown University.

The access-fee pilot is a win-win for the exchanges, according to Angel. “Everyone is locked into this method, and they cannot change it unilaterally. I believe, at a high level, that the exchanges know that access fees are driving liquidity of the exchanges.”

Although the pilot is a step towards reforming the order-routing incentive process, it will not include alternative trading systems nor off-exchange trading venues.

Angel estimated that the SEC did not want to address the plethora of pricing models that most ATS operators have.

“They did not want to open that can of worms,” he said. “However, I do not think that the maker-taker model is as critical for the ATSes as it is for the exchanges.”

Gellasch and Angel questioned how useful the pilot’s final data would be.

Gellasch noted that the SEC did not include which metrics that it would measure in the pilot.

It would be difficult for investment advisors and asset owners to understand the result without the SEC first finalizing its proposed ATS and order-routing rules, he added. “To the extent that they are doing transaction-cost analysis and best execution, they may see some of that, but they will not necessarily know what or how they achieved it.”

Angel expected that the final results likely would not move the needle regarding the quality of order execution.

“I don’t think that Mr. and Mrs. 401K are going to notice any differences,” he said. “I think asset managers are going to have to get out their electron microscopes to see the impact.”

Nonetheless, Gellasch viewed the proposed rule as a bold move by the SEC.

“The pilot is fantastic in reducing conflicts of interest, covering all the exchanges and including big-ticket items like a ‘zero bucket,'” he said.