The enemy of my enemy is my friend.

In a unique twist that is the stuff of movies, exchange operators Nasdaq and Cboe Capital Markets have joined their downtown rival – the New York Stock Exchange – to sue the U.S. Securities and Exchange Commission. In what can be best described as détente between the normally contentious rivals, the exchanges have opted for an “all-in” strategy combining all their collective strength to stop the regulator from implementing its access fee pilot. 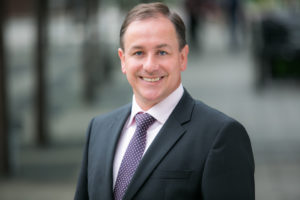 The goal of the pilot program is to examine the fees charged by the exchanges for data and see if these charges are either exorbitant or harm investors and unfairly benefit exchanges. Either way, the move looks to keep the regulator from getting an inside look at the world of trading fees and rebates, which it says might be hurtful to the marketplace. The exchanges counter that these fees are reasonable and assist in making the stock markets efficient and keep trading costs low.

Phil Mackintosh, chief economist at Nasdaq, recently penned a blog that said data collection is no justification for increasing investor costs, which he feels the pilot will eventually do.

“There are plenty who call for the industry to be more “data driven” with market structure reform. But ever since SEC Chair Mary Jo White started to talk about this, what we’ve seen is data collection rather than analysis,” Mackintosh begins. “The SECs Tick Pilot is a case in point. Designed to deepen liquidity on the NBBO by widening spreads, the pilot was widely regarded as a costly failure. That’s mostly because artificially widening spreads added costs to investors, estimated at $300 million to $900 million, despite the pilot impacting just 2.5% of market liquidity.”

But alas, before the tick pilot data has even finished being collected, we have a new Access Fee Pilot – which is also expected to widen effective spreads and reduce liquidity at the NBBO,” Mackintosh reasoned. “What that should prove is that data collection alone doesn’t help design better pilots.”

He continued to note U.S. Equity markets are the cheapest, most efficient and also most transparent in the world and the SEC’s primary focus should be to protect those advantages—and do no harm.

To that end, Mackintosh says the SEC can start any analysis or pilot by using the data already available.

“Did you see that FINRA recently boasted that it collected an all-time high of 135 billion records in just one day?  Even more impressive, FINRA recently used that data to compute opportunity cost, something we recently said was lacking from the Access Fee Pilot proposal,” Mackintosh says. “This is important as it confirms we do already have the data required to identify routing conflicts and quantify opportunity costs. Sadly, the final Access Fee Pilot ruling did not quantify any benefits—although it does quantify costs.”

Last week, the Wall Street Journal published an op-ed by NYSE President Stacey Cunningham in which she explained why NYSE has filed suit against the SEC over the transaction fee pilot. She wrote:

“The Transaction Fee Pilot imposes government control on the incentives that public markets can offer. Market-maker benefits will be sharply reduced for some securities and fully eliminated for others. To no one’s surprise, dozens of public companies either have asked the SEC to spare them from being selected for forced participation in the pilot or have opposed the pilot in its entirety.” 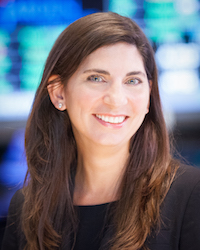 As the Healthy Markets Association has pointed out, NYSE has been moving in this direction since the very minute the fee pilot was proposed last March. And their comments on the fee pilot proposal (May 31, 2018, July 10, 2018, October 2, 2018, November 9, 2018, and November 20, 2018) had remarkably little to do with improving it, but instead appeared to set up the legal challenge. Cunningham, of course, argued that NYSE’s lawsuit “stands on firm legal ground” because, she said “The SEC has not defined a problem to solve; it has failed to analyze costs or benefits of its experiment adequately; its stated goal of “data gathering” is insufficient to justify the program’s disruptiveness and expense; and the program unfairly penalizes lit exchanges compared with their competitors, the dark pools.

The SEC freely admits it has no idea whether its pilot program will help or harm investors, Healthy Markets reminds.

“Ultimately, we think the lawsuit will further strain relations between NYSE and investors and the SEC,” HMA says. “But it might work to stop the pilot. As we have said before, we think the SEC’s final pilot rule has some legal vulnerability in how it treats (or more appropriately, doesn’t capture) ATSs. So, while the SEC certainly has the authority to adopt a pilot, including one with all of the current parameters, we think that the analysis may leave it open to judicial second-guessing. We don’t expect any of this to happen anytime soon, meaning the pilot is now in limbo.”