The Securities and Exchange Commission isn’t the only regulator soliciting comments for a proposed transaction fee pilot program.

The Canadian Securities Administrators (CSA) has recently formally announced it was publishing for comment a proposed Trading Fee Rebate Pilot Study that would apply temporary pricing restrictions on marketplace transaction fees applicable to trading in certain securities. The CSA is publishing the Proposed Pilot for a 45-day comment period to solicit views.

“We are seeking comment on all issues raised in this notice, including the design of the Proposed Pilot that is contained in the Design Report, as well as the specific questions raised within it,” the CSA wrote.

The CSA serves as an umbrella group for:

The CSA has been considering a pilot study on the payment of trading fee rebates for many years in relation to our continued work to foster fair and efficient capital markets and confidence in capital markets. On May 15, 2014, it published a Notice and Request for Comment (the 2014 Notice) that proposed amendments to National Instrument 23-101 Trading Rules (NI 23-101) in relation to the order protection rule (OPR). 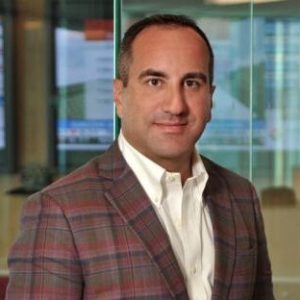 On April 7, 2016, as a result of its review of OPR, CSA published a Notice of Approval of Amendments to NI 23-101 and Companion Policy 23-101CP (the 2016 Notice). 2 In the 2016 Notice, we acknowledged that we had been considering a pilot study for a number of years but, due to certain risks arising from the interconnected nature of North American markets and securities that are interlisted in the United States, it decided not to move forward with a pilot study unless a similar study was undertaken in the United States.

Nick Savona, COO at Independent Trading Group in Canada told Traders Magazine that the Canadian Securities Administrators should watch what happens in the US and then evaluate itss own pilot.

“I don’t see a point in both countries running a similar pilot project simultaneously,” he said.

On March 14, 2018, the United States Securities and Exchange Commission (SEC) proposed new Rule 610T of Regulation National Market System (NMS) that would conduct a transaction fee pilot for NMS securities (the Proposed SEC Transaction Fee Pilot),4 and, as a result, CSA saw and moved forward with its own Canadian pilot study.

On March 16, 2018, CSA Staff Notice 23-322 Trading Fee Rebate Pilot Study was published to provide an update on our plans to study the impacts of transaction fees and rebates on order routing behavior, execution quality, and market quality, and noted that we have been engaged in dialogue with SEC staff on this issue.

“We are publishing for comment the design and specifications of the Proposed Pilot to solicit feedback. We will continue discussions with SEC staff about coordinating the pilot studies, where possible and appropriate,” the CSA said.

The CSA noted that the “maker-taker” trading fee model originated in the United States as a method by which new marketplaces could attract orders and compete with established exchanges. The maker-taker model attracts orders through the payment of trading rebates. When a trade occurs, the participant that enters the liquidity providing order displayed in the order book (i.e. “makes” liquidity) is paid a rebate and the participant who removes that order from the order book (i.e. “takes” liquidity) is charged a fee. The fee is higher than the rebate and the difference between the two is the trading revenue earned by the marketplace.

In Canada, the maker-taker model was first introduced by the TSX in 2005 in order to compete with marketplaces in the U.S. trading interlisted securities. Since that time, and as marketplace competition emerged in Canada, the use of rebate payments to attract orders has become the standard fee model employed by Canadian marketplaces. The maker-taker model has also evolved to include an “inverted maker-taker” or “taker-maker” fee model, where the provider of liquidity pays a fee and the liquidity remover receives a rebate when a trade occurs.

The Proposed Pilot will be applicable to trading rebates paid by Canadian marketplaces, both exchanges and alternative trading systems (ATSs), for the execution of an order with respect to certain equity securities.

A matched pairs design will be used to find securities that closely match on a set of characteristics such as firm size, share price, and/or trading volume, and then a treated security and a control security will be randomly selected from each pair.

“We do not believe that the Proposed Pilot will harm issuers even though it may result in the elimination of trading fee rebate incentives that would otherwise be used to attract posted liquidity in certain securities,” the CSA concluded.

The Proposed Pilot will prohibit the payment of trading fee rebates by marketplaces with respect to trading in treated securities.13 The Academics will conduct an empirical analysis based on market quality metrics and compare the treated securities with the control securities.

This statistical analysis will investigate the effects of the prohibition of rebates both pre- and post-implementation of the Proposed Pilot.