With the comment period over for the US Securities and Exchange Commission’s proposed access-fee pilot, exchange operator Cboe Global Markets wants to call a flag on the regulator’s play to move the pilot forward. 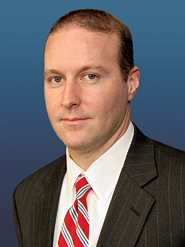 “Just because you call it a ‘pilot’ does not mean that you get a free pass when it comes to statutory violations,” said Chris Concannon, president and COO of Cboe Global Markets, during Deutsche Bank’s annual Global Financial Services Conference. “They have to justify it better than they did in their proposal.”

Concannon found it challenging to identify the market structure issue that the SEC seeks to solve with the pilot given that the SEC’s statutory latitude does not extend to creating and setting price controls.

“We would argue that there is not that much that is broken right now,” he said. “It’s more focused on conflicts and not improving the quality of our markets.”

Without Congress making the necessary statutory changes, it will be difficult for the SEC to ban certain pricing, which exchanges are free to do under the Securities and Exchange Act, according to Concannon.

The exchange executive also noted that the scope of the pilot would be detrimental to retail investors as well.

Capping and eliminating some access fees would widen spreads and drive volume off exchanges to dark liquidity pools and affect what retail investors would pay when they crossed the spread, Concannon explained.

“We better have a really good argument for fixing our market if we are going to cost retail investors millions of dollars by a market structure adjustment because we are concerned about potential conflicts,” he added.

Concannon was not against the concept of an access-fee pilot, or what he dubbed “price-control pilot” to tweak regulators, but a much milder version of what the SEC has proposed.

Having a pilot that involves 3,000 symbols to determine if there is any change in routing behavior is too much for him. He proposed a pilot that would encompass a smaller pool of symbols.

“If you look at the market and compare them to other markets, investors do quite well due to the efficiency and liquidity,” he said. “You are hard pressed to do dramatic surgery on a market that is working and functioning properly.”

Even if the SEC approves its proposal, Concannon estimated that the market would not see it implemented before the start of 2020 due to its complexity.

“If you think about the tick pilot, which was a simpler pilot, that they proposed and put in place, it took over a year and a half once they approved it to implement it after all of the delays of implementation,” he said. “You’re talking a while before anything could be put on our US equities market.”