Companies like Uber, Airbnb and Spotify have disrupted the businesses of transportation, hospitality and music. Agents of change are now eyeing capital markets as the next frontier for a similar digital transformation.

The financial sector historically hasn’t been the most fertile ground for disruptors and innovators, but that has changed in the past few years as new regulations in North America and Europe have encouraged competition in areas such as corporate, investment and retail banking.

“On top of that, and this is particularly true of the capital markets sector, new regulations are changing the whole operating and capital cost model,” said Matthew Hopgood, London-based vice president at Sapient Global Markets and co-head of the firm’s visualization practice. “Organizations are having to aggressively re-think what their service model and value proposition is, or exit the space. You can see certain banks getting out of fixed income or commodities.”

Hopgood noted that the concept of digital transformation can be perceived as solely driven by technology, when in reality it’s much more than that. “Digital transformation is not just a technology imperative, but a cultural and agility change,” he said. “You have to change the attitude and the culture so that the organization has agile thinking and adaptability at the core of what they believe.” 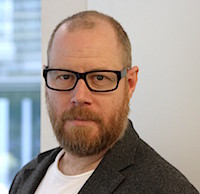 Retail banking in the U.K. is an example of a business that is digitally transforming, as new players such as Atom Bank, Charter Savings Bank, Fidor Bank, and Starling position themselves to take on a formidable roster of name-brand incumbents that includes Barclays, HSBC, Lloyds and RBS. Hopgood has observed more start-up activity in the past year than there had been in the previous decade.

As they’re free of legacy systems, the challengers can offer the latest technological systems and features, but tellingly, they have gone beyond that in their early competitive salvos. Atom Bank has said it will be “fair and transparent,” and act “in the best interest of its customers,” while Starling promises “a digital banking service that’s truly personal to each customer,” rather than “just mobile versions of paper statements.”

Said Hopgood, “it should be not just about the competitive and the market gaps that you’re seeking to adjust, but ultimately how you’re positioning your organization for increased and sustainable corporate agility.”

The same type of transformation that’s happening in retail banking can be expected to occur in the capital markets space, according to Ari Lightman, a professor of digital media and marketing at Carnegie Mellon University in Pittsburgh.

Lightman cited Covestor and Marketocracy, online investment managers that lean toward social networks, as examples of budding digital transformation in capital markets. “The folks that have the interface with the customer are getting the really good market research,” Lightman told Markets Media. “They can present and monetize information in ways that some of the legacy players are very interested in.”

The digital-transformation bar is also being raised by institutional customers of capital-markets businesses. When investment executives at Principal Global Investors meet with clients, the expectation is for commentary on fund performance as of the most recent market event, rather than just quarterly which had been the norm.

“We focus on digital transformation efforts in alignment with business priorities,” said Brian Ness, vice president and chief investment officer-IT at Principal Global Investors, which manages $330 billion. “We have a growing and diversifying set of products and clients worldwide. This provides opportunities for digital transformation in how we interact with clients as well as how our teams work together across the globe. As a result we have transformational activity occurring in both customer interaction and staff agility.”