CBOE Holdings, owner of the Chicago Board Options Exchange, bought the market data services and trading analytics platforms of Livevol in early August, following up on the initial  announcement two months earlier.

As far as corporate mergers and acquisitions go, the CBOE-issued press releases were standard fare, delineating the nuts and bolts of the deal and adding cheerful comments from the CEOs of the involved parties.

But there’s a story behind every transaction. How did CBOE and Livevol encounter each other and then ultimately come to terms?

Justin Brownhill, managing partner at Livevol advisor SenaHill Partners LP, noted the process started in April 2014, when Livevol decided to sell and worked up a shortlist of banks to interview. SenaHill got an introduction from one of its own.

“We were very fortunate that one of our advisors was himself an advisor to Livevol, and he recommended the board include SenaHill in that competitive process,” Brownhill told Markets Media. 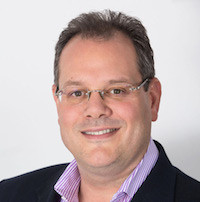 In April and May of 2014, SenaHill executives — who include managing partner Neil DeSena and partners Gregg Sharenow and Kyle Zasky — outlined the merits of working with SenaHill to the Livevol board.

“We tried to set some expectations about what we believed that they could expect as a result of the process,” Brownhill said. “We pitched ourselves and our relationships to the likely buyers. We framed what the competitive landscape would look like, and what we believed a successful outcome for them should entail.”

By this time, there was a market-established price range for what the Livevol assets would sell for, so advisors needed to differentiate themselves and add value beyond the price tag.

“We were very fair about expectations and how we thought, as an organization, we could help position them to extract more mutual value with a buyer than other investment bankers could,” Brownhill said. “We said if we do our jobs, we wouldn’t just get you ‘X’ for your business, we can get you ‘Y’ and also find you the right partner or partners.”

New York-based SenaHill, founded in 2013 as the brainchild of Wall Street and financial-technology veterans DeSena and Brownhill, was selected as a Livevol advisor. That’s when executives rolled up their sleeves and started going to see Livevol on its West Coast home turf.

“In June 2014 we made our first formal due diligence visit to San Francisco to meet the team and outline the process,” Brownhill explained. “This also helped us understand and appreciate the nuances of the business, the technology, the operations, and the market opportunity.”

Working with Livevol CEO Catherine Clay, who at the time had been in the top job for less than one year, SenaHill hammered out a more-aligned corporate strategy and defined the company into three business lines, all under the umbrella of a well-articulated strategic vision.

By way of brass tacks, Brownhill said SenaHill and Livevol “perfected the positioning of the pitch book, finalized the due diligence, packaged it into a virtual data room for investors, and finalized the marketing materials along with projections and future opportunities for the business.”

“Then from September through year-end, went out to strategic buyers on a targeted basis to articulate the value proposition of the company,” Brownhill explained. “We entered 2015 with a short list of viable candidates that had expressed very strong interest in the business. By the end of March, we identified two key strategic investors for the business, and continued to negotiate on their behalf to extract the appropriate mutual value and identify the appropriate synergies, savings and opportunities for the buyers.”

SenaHill had to hold some hands at this later stage of the deal life cycle. “We helped coordinate and oversee a significant amount of confirmatory due diligence and legal documentation in a streamlined fashion, so that both parties continued to move forward with their interest,” Brownhill said. “Transactions often go awry during that critical part of the process.”

A deal was struck. Brownhill noted the timeframe was 12 to 15 months, longer than the typical six to 12 months, due to regulatory hurdles required for exchange and broker-dealers as purchasers.

Brownhill said the extra few months was time well spent. “We ended up with a very successful result,” he said. “We believe we added incremental value to the process that ended up getting Livevol and their shareholders rewarded, and a synergistic and strategic partner for the buyers.”

“The SenaHill team went above and beyond our expectations in helping us to initiate and manage this very important transaction,” said Livevol’s Clay. “Their team provided sound financial and strategic advice as we managed the many constituents involved throughout the process. Their intimate knowledge of the industry, players and transaction expertise was vital to the success of the transaction.”

Regarding the CBOE + Livevol assets business going forward, Brownhill said: “Livevol is an innovative developer of options data and technology, and a market leader in a number of core historical data sets and analytics and visualization of the data. We believe that will play a key role in further extending CBOE’s financial market analytics, risk and data capabilities.”

Added Brownhill, “through the integration, you’re going to see their pricing and risk management features integrated into CBOE’s option trading workflow, and its customers will be able to quickly identify more trading opportunities and execute options trades more efficiently.”