But such information is, with rare exception, disseminated to the general public through the megaphone of a press release or statement, often before or after market hours. There are opportunities to step back and generate excess investment return from superior interpretation and analysis of that data, but not so much by simply acting on the news.

The challenge is to find meaningful data that doesn’t hit every screen on every trading desk at the same time. That is easier said than done, especially in today’s high-speed electronic markets. 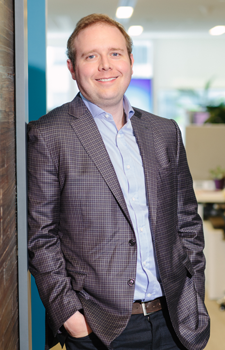 “There is no magic shortcut,” said Matthew Granade, chief market intelligence officer at Point72 Asset Management. “Figuring out what data works and is truly differentiated requires lots of analysis and hard work.”

The heaviness of the lift is about differentiated data being just a tiny sliver of the overall dataset available to traders. In fact, tiny sliver may be an overstatement.

“If you’re in the alpha business, the trading business, data is so prevalent and there’s such a flood of it that everybody now has access to the same data that you have, which is the opposite of alpha,” said Robert Iati, senior director of the capital markets group at Dun & Bradstreet, which provides data on private companies. “So you have to find a way to differentiate. Many firms will look under every rock for new information that others may not be using.”

The value of alternative data isn’t just that it’s an alternative, i.e. another choice. The value lies in its differentiation, which means that not everybody is looking at the data. This sets the stage for alpha-capturing opportunities.

On social media, one primary avenue of differentiation is simple: the source. @CNBC, @JimCramer and @Carl_C_Icahn carry clout on Twitter, but their accounts are widely followed; what about the vast majority of the other 313 million active users, who aren’t on the radar of hedge funds and proprietary trading firms, but who have the capability to tweet impactful information?

“There is some commoditized data coming out of Twitter, from the very well-known commentators or experts, or verified accounts such as CEOs of companies and corporations themselves,” said Justin Manikas, a product and business development director at Dataminr. “That information is available to pretty much anyone who has internet access.” Dataminr’s business is to turn the entire universe of publically available Tweets into real-time actionable information.

“The real differentiated insights come from the rest of the Twitter universe, from the relatively unknown users who are not coming to the table with a financial background,” Manikas said.

At 2:33 pm New York time on February 11, 2016, Wall Street Journal Middle East Energy and OPEC Correspondent Summer Said tweeted that the UAE Energy Minister said OPEC was ready to cooperate on a production cut. Oil prices rose about $1, or almost 4%, over the next 20 minutes.

The differentiation here was that the news breaker @summer_said had only about 4,500 followers at the time — 0.2% of CNBC’s current Twitter audience of 2.43 million. So in the critical moments before broader dissemination, there was an opportunity to trade on the data.

“The on-the-ground events are the most differentiated data,” Manikas said. “This may be something like an explosion at a refinery, or a pipeline rupture, or a dam collapse.”

“There are also non-catastrophe events, like industry conferences with gated physical access, where even if you’re there you can’t be everywhere at once,” Manikas continued. “But people who are on Twitter go to events like these, and they might pick up information like differentiated context from the conference floor, or from the presentation booth of a CEO talking about M&A prospects. These people normally don’t tweet anything that’s particularly relevant for traders, except when they happen to be in the right place at the right time.”