Almost a half-decade since being signed into law, the Dodd-Frank Wall Street Reform and Consumer Protection Act has had a broad impact on various areas within capital markets, swaps trading prominent among them.

The industry’s regulator-forced evolution remains a work in progress, but from a reporting standpoint, over the counter swaps trading has already advanced by leaps and bounds.

“As recently as a few years ago, trades were confirmed on paper over fax. You had quite a lead time from putting the phone down and accepting it’s a done deal, to actually having all the details entered into the system and having the trade confirmed,” said Peter Meechan, director of business consulting at Sapient Global Markets. “Now, immediately as you put the phone down or answer the email or whichever execution method you use, that has to be put into a system and electronically reported.”

U.S. President Barack Obama signed Dodd-Frank into law on July 21, 2010. The sweeping ruleset, crafted in response to the global financial crisis of 2008-2009, was meant to boost transparency and shore up the stability of the banking system, which in turn would reduce the likelihood of a subsequent crisis.

On the institutional side, one of Dodd-Frank’s main target areas was OTC swaps trading, specifically its opacity vis-a-vis exchange trading. The specific area within Dodd-Frank is Title VII, Wall Street Transparency and Accountability, which creates a framework for the regulation of swap markets.

Title VII grants the U.S. Commodity Futures Trading Commission regulatory authority over swaps, except for security-based swaps, which fall under the purview of the U.S. Securities and Exchange Commission. 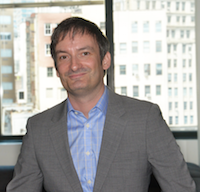 The CFTC side of the regulation has been implemented; the SEC side is still pending.

“Prior to Dodd-Frank, swaps were purely in an over-the-counter world where there was very little transparency and regulation,” Meechan told Markets Media. “So we’ve gone from almost a blank slate to having quite tight regulations, but still nowhere near the level of regulation that exists in the securities industry.”

The drive for transparency has transformed transaction reporting, and the end result will be at least theoretically constructive for financial markets and by extension, market participants. But as the economic axiom goes, there’s no free lunch, and the costs and dislocations associated with the transition are vexing Wall Street.

“It has had a major impact on the banks,” Meechan said. “It takes quite an infrastructure to be able to do close to real time, and this is a very significant difference to the way the swap industry worked.”

“All of these rules put together have been positive in that they’ve helped make the business a lot more STP (Straight-Through Processing) than it was a few years ago,” said Meechan. “It’s a much more electronic business, and operational risk is reduced considerably.”

“The downside is that the ongoing cost of the reporting is quite significant,” Meechan continued. “A lot of people scrambled to meet the initial deadlines, and they put tactical solutions in place. So a global firm that trades different products in different countries may have left each individual group to solve for its own reporting, and now they have completely different, independent systems.”