Eurex Exchange believes that providing a central counterparty for its new foreign exchange derivatives will allow it to gain share in a competitive market.

Stuart Heath, executive director and head of Eurex’s representative office in the UK, told Markets Media: “Our key differentiator is that Eurex Clearing will be the central counterparty until settlement. The alternative model is to match counterparties into settlement which leaves clients with risks.”

The Eurex foreign exchange derivatives will be physically delivered through the multi-currency settlement system Continuous Linked Settlement. In order to ensure that there is no liquidity squeeze Heath said there will be strict limits on delivery into CLS and Eurex will monitor the positions of its two largest clearing members. 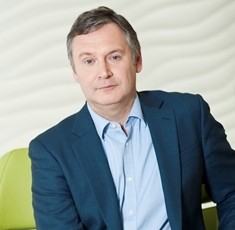 Heath said: “Foreign exchange futures are a crowded space but we are simplifying the product by launching in six currency pairs where Eurex has most liquidity, offering contracts of a standard size, delivery on a Friday before the weekend and more granular pricing.”

To get the new market started, Eurex Exchange is offering a market-making scheme which includes revenue sharing and transaction fee rebates until the end of 2017.

“We like to incentivise early adopters and the starting market makers but there is a careful balance in not paying for false liquidity,” Heath added. “We take a mutualisation approach as we cannot develop markets without participants.”

Heath declined to comment on how many market makers had committed to the program or likely volumes. “We are confident the foreign exchange contracts will gain traction as we have committed market makers and strong distribution in Europe,” he added.

Eurex faces competition from US rival CME Group who launched a European exchange in April offering currency and commodity futures. On June 12 CME  reached a record trading volume for its £/$ futures of 337,633 contracts, compared to the previous record on May 7 2010, of 307,280 contracts.

Malcolm Baker senior director, interest rate and FX products at CME said in a blog that last year the exchange’s currency derivatives had an average daily trading volume of $109bn across 42 pairs. He said that in 2013 CME’s volumes were 103% of Icap’s EBS platform, the largest cash foreign exchange platform.

Although foreign exchange is still primarily an over-the-counter market , new regulations and capital requirements are providing a boost for exchange-traded products.

“These structural changes should open the door for more use of standardized FX products to serve the needs of the market,” added Baker.

In September Eurex is aiming to add to its fixed income product range by launching deliverable swap futures and repo futures.

Heath said: “We know that the resources of our customers are stretched so we will not launch new products unless there is demand, it brings margin benefits or they are complementary to our existing product set.”