ETF Securities’ Canvas platform allows asset managers to build and launch ‘white-label’ ETFs in Europe. They can set up a bespoke ETF platform, convert existing Ucits funds into ETFs or add an ETF share class into a Ucits fund.

In the first three quarters of this year European ETFs/ETPs had net inflows of $61.6bn, 30% more than the record set in the same period last year, according to consultancy ETFGI’s preliminary ETF and ETP global insights report. September marked the 12th consecutive month of positive net inflows and took European ETF/ETP assets to $480bn.

Li told Markets Media: “Investors have recognised the benefits of the ETF wrapper which have an additional layer of liquidity provided by market makers and are listed on an exchange.”

In addition to more usage of ETFs in general, Li expects an increase in the use of smart beta and active ETFs – which do not track standard  market cap-weighted indexes. 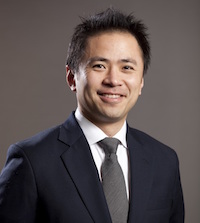 “Globally there are plenty of products covering the main benchmarks and smart beta ETFs have empowered investors who want to focus on a specific factor or quality,” added Li. “Investors have access to expertise that was previously only available from active managers and, if they understand when and how to use these product, they can get alpha over and above the general market.”

Kris Monaco, head of ISE ETF Ventures, said in a statement: “With 42.8 million cyber attacks in 2014 and global cyber crime costing an estimated $400bn this is a sector we can expect to dominate headlines and corporate budgets.”

The cyber security ETF was first listed on the London Stock Exchange and also listed in Germany this week.

Pietro Poletto, head of fixed income and listed products at London Stock Exchange Group, said in a statement last month: “This is the first of its kind in Europe and demonstrates the dynamic growth of the industry and London’s ability to offer the widest diversity of products, building on the recent listing of the first global robotics and automation ETF. We have seen exciting growth in secondary market trading on our markets and expect appetite for these products to remain very strong.”

Richard Lightbound, Partner and chief executive at Robo-Stox Partners, said in a statement: “We believe the world is in the early stages of a transformational new economic era, driven by the increasing adoption of sophisticated robotics and automation technologies across all aspects of industry and day-to-day life.”

In European ETFs equities had the largest net inflows in the first nine months of this year of $36.1bn, followed by fixed income with $20.2bn, and then commodities with $811m according to ETFGI. BlackRock’s iShares gathered the largest net inflows with $21.7 bn, followed by Deutsche Bank’s db x trackers with S$9.4bn. In third place Societe Generale’s Lyxor AM gathered $8.2bn, ahead of UBS ETFs with $7.1bn and Vanguard with $3.4bn in net inflows.

BlackRock said in its third quarter results today that iShares had long-term net inflows of $23.3bn. Equity net inflows of $5.3bn were driven by flows into European-listed ETFs and demand for developed market exposures while strong fixed income net inflows reflected demand for US treasuries.

Larry Fink, chairman and chief executive of BlackRock, said in the results statement: “iShares, with $23bn of net inflows, once again captured the #1 market share of net new business globally, as well as in both the US and Europe. Fixed income iShares had $18bn of net inflows as fixed income ETFs were increasingly used by clients as efficient tools for diversification and liquidity.”

Li expects continued changes in the ETF market over the next five years. “We will see more innovative products from traditional ETF managers while asset managers who have been in mutual funds will enter the ETF market,” he added.

ETF Securities had $15.6bn in assets under management as at 13 October 2015 and 331 products listed in Europe.