With Europe’s new hedge fund directive set to come into force in just a matter of months, there is still a lot of underlying resentment from the industry towards the new rules, which is the European Union’s first attempt at governing the hedge fund and private equity space.

Due to take effect from July, the Alternative Investment Fund Managers Directive (AIFMD), which was first mooted in 2009, has been heavily criticized for its potential to stifle Europe’s fund management industry. The new rules, which are intended to bring in more transparency following the financial crisis, are set to ramp up complexities and costs for hedge funds. 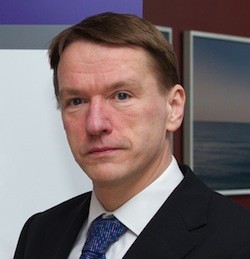 “The AIFMD is quite scary,” said Robert Macrae, managing director of Arcus Investment, a hedge fund manager based in London.

“It is looking to make significant changes in the way hedge fund managers operate in Europe. It is quite closely based on the UCITS model [rules which apply to funds marketed to retail investors], which has been very successful.

“But it is not obvious to me that you can fit every kind of fund management into the same style. And it seems strange that fund management operations which are intended for wholesale clients are being shoehorned into a structure which is for retail investors, who need more protection than wholesale investors.”

Macrae added: “The AIFMD will increase costs and in my opinion the benefits for wholesale investors will be very hard to identify. These concerns are shared by many investors including European pension funds who don’t want to spend more money on having their assets managed, but they are not really given the choice.

“Under AIFMD you can’t opt out and do it in a cheap and efficient manner. You have to have all the trimmings and the extra checks and balances and duplication and I don’t think that is the best way to tackle the regulation. You should have regulation appropriate to the needs of different kinds of investors rather than a one-size-fits-all approach.”

Some non-alternative asset managers are also fearful of the impending threat of the AIFMD—even though it is not strictly aimed at them—as well as other post-crisis regulation.

“The accumulative workload on regulation seems to be something new every day,” said Andrew Parry, chief executive of Hermes Sourcecap, a U.K.-based asset management firm.

“The AIFMD is the one that is exercising our compliance teams the most right now. Trying to understand how many areas of our business it affects even though it is an alternatives directive, it seems to have mushroomed into touching an awful lot of other areas. It is been used as a something of a Trojan Horse in terms of wider regulation.”