Institutional asset owners have warmed up to exchange-traded funds. At least the most actively traded ones.

Pensions, foundations, and endowments “typically won’t touch anything outside the top 50 most-traded ETFs,” said Eric Balchunas, senior ETF analyst at Bloomberg Intelligence. “Those top ETFs are priceless for big institutions, because you cannot get that kind of liquidity anywhere else.”

An ETF’s liquidity profile consists of two parts: secondary market trading volume, and the liquidity of the basket of underlying securities. While more sophisticated investors typically prize the second component more than the first, that’s not the case with large institutional asset owners.

The paradox can be at least partly explained by how large institutions use ETFs, which is often for shorter-term, tactical purposes, according to Balchunas, who is writing a book about institutional ETF usage.

“Let’s say an institution with a lot of money is transitioning between two managers, or it just needs to put cash to work very quickly. A liquid ETF is great for this, because you can go in and out undetected at any time,” Balchunas told Markets Media.

“A lot of institutions will use ETFs as liquidity sleeves, or buffers, in order to not have to create a contract or call a manager or do anything logistical,” he continued. “As an ‘adjustment mechanism’ for your portfolio, trading an ETF on the secondary market provides complete freedom and anonymity.” 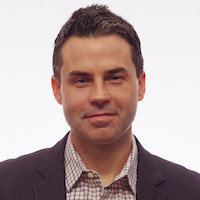 ETFs are comparatively new trading and investment vehicles. It wasn’t until 1993 when the first ETF traded, and there were about 100 ETFs in 2002, compared with an estimated 1,700 today.

Institutional asset owners, especially pension plans, typically aren’t first movers on market innovations; rather, their processes change slowly and their ethos is safety first, so they’re content to watch and learn from others before jumping in.
An old adage held that no IT manager ever got fired for buying IBM. Similarly, a chief investment officer at an 11-figure public pension plan, whose board may be wary of ETFs, can be confident that owning an actively traded ETF presents no liquidity risk.

But trading volume fell below 10 million by the 28th ETF on the list, SPDR S&P Oil & Gas Exploration and Production (XOP), and below 5 million for the 53rd ETF, the Vanguard REIT Index (VNQ). Those numbers may not be sufficient to allow an institution to trade large ETF blocks efficiently.

“There is an ever-increasing list of criteria on the RFPs to manage money,” said John Adam, head of product management at trading-technology provider Portware. “I’m sure there are questions about passive products and instruments that are available to manage money with. I think ETFs are fairly well understood and they are now part of that selection process, on behalf of the plan sponsors.”

“For large institutions, volume equals liquidity,” Balchunas said. “Even though the basket can be the most important part of the liquidity of an ETF, how much it trades on an exchange is irresistible for large institutions, especially ones that want flexibility in their portfolio management. There aren’t many things as liquid as the top 20 or 30 most-traded ETFs.”