Regulatory developments, technological advances and an evolving structure are among the primary themes of the institutional foreign exchange market.

As an infrastructure company, Equinix works in FX at the convergence of electronic trading, technology and market structure. Smith will speak Oct. 6 on a panel about FX trading technology at FX Trading Network, which will be co-hosted by Markets Media and Aite Group.

FX traders need to watch all corners of the world for developments that may hold implications for the global market, in which daily turnover is estimated at $5.3 trillion. For example, China roiled markets last month when it unexpectedly devalued the renminbi, touching off a steep drop in the currency. 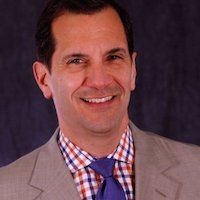 Amid the turmoil with the renminbi, Smith noted an uptick in currency pairs trading, as well as more linkages across markets and demand for FX co-location services.

Questions raised by such trends include how to best facilitate liquidity, and what are the implications for overall market structure.

Regulation is on the rise in the FX market, in which oversight historically has been light compared with other markets. Basel III is expected to have an impact, and uncertainty lingers as rulemakers on both sides of the Atlantic are still in tightening mode.

Commodity traders in Europe are bracing for a new set of regulations. “We’re seeing more announcements coming out of Europe — what does that mean for FX?” Smith said.

As FX market structure evolves, there are more similarities to equities — such as electronic trading — but ultimately, inherent differences mean FX will chart its own course.

“In general traders have become faster,” Smith said. “But the challenge is that unlike in equities, there is no Central Limit Order Book where you can sweep the book.”