IEX Group, an equity-trading platform that aims to level the playing field between high-frequency traders and other market participants, has deployed Kx Systems’ kdb+, a high-performance financial database, to carry out real-time market surveillance.

Kdb+, a database system with a built-in time-series query language called q, provides access to streaming, real-time and historical data and is suited for implementations like at IEX, where over a million queries per day are performed on quotes, trades and internal messages in real time. 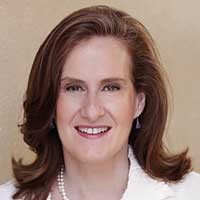 “Their surveillance of trading is really sophisticated,” Abby Gruen, chief marketing officer at Kx Systems, told Markets Media. As a 15-month-old entity competing against entrenched equity exchanges, Gruen said “they have the advantage of looking at what everyone else is doing…They have to be able to do things in a new and different way.”

The key to real-time market surveillance, added Gruen, “is not looking to do surveillance when these trades are already history. It’s actually looking at the trades while they’re in flight.”

IEX’s system sequences orders from broker subscribers as well as quotes and trades from all Reg-NMS protected venues, including the 11 national exchanges trading U.S. equities.

“We do feel that the kdb+ database needs to get special mention when discussing our market operations surveillance,” said Robert Park, chief technology officer at IEX Group, in a release. “We were looking for a platform with the ability to read and write in real time, which kdb+ does well. We also liked its flexible query language because there is no ambiguity in sequencing.”

A typical use case in market surveillance would be monitoring for insider trading, where it’s necessary to connect the dots between the times that trades occur and external events, such as the release of test results on a new drug by a pharmaceutical company.

“In order to detect any trading anomaly, it’s necessary to know whether any of the people who were involved in those trades were party to insider information,” said Gruen. “By having this super-fast tool, they are able on the fly to be following trading as it’s happening.”

Kx Systems is expanding beyond its core financial services base. It inked deals in 2014 with an Ontario grid operator for smart meter data, and a large pharmaceutical company for demographic and research data on drug trials.

“Kx, which has always been a widely adopted technology in the financial services space, particularly in trading and risk management, is more firmly becoming a general-purpose database software in situations where high volumes of data need to be quickly computed,” Gruen said. “In e-commerce, for example, it’s not good enough to just put your money into Google ad words and Google ads. You also have to do your own algorithms just as fast as the high-frequency traders do in terms of search and outreach on ads. So our tool is a natural fit.”