For systematic and quantitative trading firms, Lime Brokerage is a one-stop shop.

New York-based Lime launched in 2000, with a mission statement of enabling high volumes of fast and efficient low-latency trading. A decade and a half, a key industry regulation and a takeover later, the agency broker has refocused on its core competencies.

Several years ago, “we had been looking at overseas markets, other asset classes and other avenues for expansion,” Huck told Markets Media in a Jan. 15 interview from Lime’s office in Manhattan’s Soho neighborhood. “We are now completely focused on what Lime does really well: creating execution solutions for automated or systematic traders.”

In 2011, Los Angeles-based brokerage firm Wedbush Inc., the parent company of Wedbush Securities Inc.,  bought Lime, following the U.S. Securities and Exchange Commission adopting Rule 15c3-5, which mandated brokers ensure that all orders undergo risk checks and comply with financial and securities rules before being sent to exchanges and other trading venues for execution.

“Lime always had risk checks, even when not required, for our customers’ protection and our own,” said Johan Sandblom, Lime’s head of business development.

“The relationship has been effective because of many synergies,” said Sandblom, who joined Lime in 2006 following almost six years at NeoNet Securities. “Wedbush is one of the largest clearing firms in the U.S., and Lime is a technology company that wasn’t in the clearing business, so it was a very good fit. The Wedbush Prime Brokerage offering has also been an important addition to Lime’s recent success, as it captures a different type of audience that can use the Lime Trading System.” 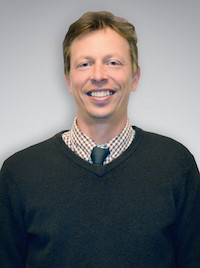 Lime’s core client base is comprised of systematic trading firms who generate substantial U.S. equity and options trade volume, but are below the size of ‘Bulge Bracket’ firms, which typically utilize multiple providers for their technology, connectivity and risk-management needs.

“We have one of the few very solid end-to-end solutions for that type of client,” said Huck, an ITG, RBS and Citadel veteran who joined Lime in 2013. “Most of those clients are looking for one-stop shopping.”

“We don’t have many true competitors across that entire spectrum,” Huck continued. “We compete with certain segments of the business, for example risk systems, or execution, or market data, but we don’t face off with many competitors across all of those products. That’s key for us and it is a definite competitive advantage.”

Lime competes with the biggest Wall Street banks in providing low-latency infrastructure. But in the past couple years, Lime has benefited as regulators imposed higher capital requirements on those firms, tying their hands to an extent and leaving some of their customers in the lurch.  “A lot of those customers are coming in our direction,” Huck said.

Key industry trends affecting Lime include heightened regulatory scrutiny around the low- latency trading business, as well as an evolving market structure that has trading speed less important for some market participants.

Some clients “feel they have very sound strategies and very good traders, and one microsecond isn’t as important as focusing on their investment approach,” Huck noted. “That said, our technology helps our clients deal with 15c3-5 (the market access rules), and it helps them manage execution within an increasingly complex market structure. So even if the system isn’t being used primarily for speed, it is being utilized for a myriad of things that are just as important.”

Regarding industry regulation, Huck said issues such as dark pools seem to be in front of low-latency, automated trading on the regulatory queue. Lime doesn’t get involved in public debates; rather, the firm’s focus is on understanding the rules and helping clients navigate the changing environment. 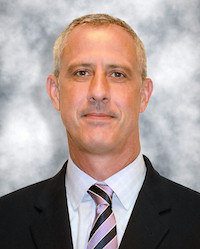 “I don’t think regulators can roll back the technology and slow the market down in any tangible way,” Huck said. “What regulators can better deal with are issues like order types and access to market data. There are so many different order types, and many people don’t know what they are or how to utilize them. I think that’s an area where the regulators can level the playing field.”

Sandblom said the second half of 2014 was especially strong for Lime, and doubling its equity and options order flow by the end of 2015 is a realistic target. The company also plans to integrate futures into its trading platform, after Wedbush acquired Crossland and KCG Futures last year.

“By completing this integration our clients will have the ability to trade futures, options and equities on the same platform,” Sandblom said. “Wedbush’s goal  to offer cross-margining, meaning one pool of client capital can support these different asset classes.”

At its core, Lime Brokerage is a technology company whose network underpins efficient trade execution for automated traders. “We offer exchange co-location at the four major equity exchanges,” Sandblom said. “We have our own data center in Jersey City, and we also have what we call a mesh network between the various exchange co-location centers, which makes it very efficient for our clients to execute on the various market centers.”