Thomson Reuters expects the new margin rules and MiFID II, the incoming regulations for European financial markets, to further boost electronic trading of foreign exchange, which has grown hugely over the past two years.

Non-deliverable forwards volumes have more than quadrupled and foreign exchange options volumes have soared more than twentyfold in the 24 months to year-end 2015 on the Thomson Reuters US swap execution facility, according to a statement from the firm. Jodi Burns, global head of regulation and post-trade at Thomson Reuters, said in an email to Markets Media that customers are getting increasingly comfortable with the concept of trading FX on regulated platforms.

“This isn’t a trend; it’s the new way of conducting business,” she added. “The benefits of using these regulated platforms include increased transparency, fairness, and more accurate processing through automation. Our SEF has been successful in attracting this interest due to our end-to-end workflow functionality, deep liquidity, and straight-through-processing.”

Data from Clarus Financial Technology, the analytics and research firm, shows that the Thomson Reuters SEF led trading volumes in the FX dealer-to-client market segment last year with 55% of trading flow. However dealer-to-client NDF volumes are just 6% of the total market and 1% for foreign exchange options.

The Thomson Reuters SEF allows customers to trade FX options, NDFs and NDF swaps electronically through multi-bank request-for-quote liquidity and an anonymous central limit order book. The SEF launched in 2013 to allow US clients to meet their FX trading, clearing and reporting obligations under the Dodd-Frank Act. 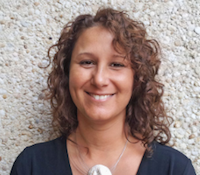 From September new rules will require large dealers to exchange margins on bilateral uncleared derivatives trades. Burns expects this to drive FX volumes onto electronic venues and into central clearing, despite regulators not requiring the asset class to be cleared.

“It will be relatively more expensive to bilaterally settle trades,” she added. “As customers begin to clear those trades (in advance of any impending clearing mandates), it makes sense to transact on electronic venues because those venues can easily embed clearing workflows into the trading process.”

In Europe, MiFID II will strengthen best execution requirements, likely from January 2018. Burns expects this will also boost FX trading on regulated electronic venues, which is the regulatory intent.

“There are several aspects of the MiFID II transaction rules which will push customers to use regulated trading venues,” she said. “One large driver of this is the discharge of trade reporting obligations. When customers transact on an MTF or OTF, the venue is responsible for trade reporting, rather than the trade counterparty.”

A report from consultancy Celent last November on FX trading and platforms said that although overall FX volumes have been tepid, electronic trading continues to gain market share.

“Regulation and reaction to the WMR fixing scandal is accelerating change, including an increased drive to electronic trading,” added Celent. “While spot FX sits slightly outside most regulatory developments, the regulatory impact on FX swaps and options markets is driving change in spot. Unique regulatory challenges will always be at play though, given the truly global nature of the product.”