Sign up to receive exclusive articles on topics including: Select one or more newsletters you would like to receive:
Close popup
Sectors
By Shanny Basar
Banks

It is said that the devil is in the details, and this well-worn idiom is expected to prove true in the case of Market in Financial Instruments Directive II.

Most every market participant would support — conceptually — improving the function of financial markets and strengthening investor protection. But the system won’t move from the broad aims of MiFID II to full implementation without scores of details, and it’s the details that will prove nettlesome.

The European Securities and Markets Authority on Monday essentially waved the green flag in the race to full-on MiFID II preparation, when it published final technical standards. “Esma’s TS translate how the legislation will apply in practice to market participants, market infrastructures and national supervisors,” Esma said in a release.

With the details unveiled — two months later than previously due — it’s now a 15-month sprint to the MiFID II enforcement date of Jan. 3, 2017.

“Some investment firms have spent many hours preparing their implementation strategies, but have been unable to make any final commitment due to the delay in the release of the final Regulatory Technical Standards,” said Steve French, director of product strategy at Traiana.

Now, market participants are “in a position to finalise the services they can offer and their vendor-selection processes for the activities they cannot fully own themselves,” French said. “This will include the selection of Approved Reporting Mechanisms (ARMs) for Transaction Reporting and Approved Publication Arrangements (APAs) for trade publication. Investment firms and service providers will be working on their respective IT builds in order to be ready for the January 2017 deadline.” 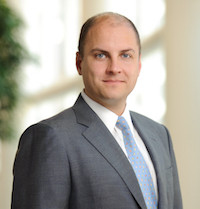 January 2017 may seem like a long way off, but market participants may need every second of that time to get ready.

Europe is not ready to meet MiFID II’s record-keeping and trade reconstruction requirements. That’s according to Harald Collet, global head of Bloomberg Vault, the data-management service of Bloomberg LP.

Collet told Markets Media: “In Europe there is a low level of readiness for the 2017 deadline and in a recent survey we found that only 4% of firms were ready to meet the MiFID II record-keeping and trade reconstruction requirements.”

In the U.S., the Commodity Futures Trading Commission’s trade reconstruction rules came into force in 2012 and required swap entities to be able to produce a complete reconstruction of a trade within 72 hours of a regulatory request. That experience will help firms with their MiFID II preparation, but there are differences between the two rule sets.

For MiFID II, trade reconstructions needs to include structured records, such as counterparty and trade identifiers, as well as relevant unstructured records such as voice communications, electronic messages and social media. “Esma has been very specific on voice record-keeping, which has typically only been deployed for only a small amount of employees,” said Collet. “Now all communication – email, chats, voice as well as business documents and files – has to tied to a trade or a specific counterparty, which is extremely difficult.”

Structured records are also part of CFTC requirements but MiFID II impacts a much broader group of market participants and employees for record-keeping and reconstruction. The US regulations affect only swap dealers registered with the CFTC and the employees that are considered ‘associated persons’ under the Dodd-Frank Act.

“The record-keeping and market abuse prevention requirements from Esma are viewed as firm and clear,” Collet continued. “There may be additional fine-tuning such as time periods for record retention but the need for capturing data and ability to reconstruct events is inevitable.”

Collet noted more buy-side interest in regulatory readiness, rather than leaving it to the sell side, as investment managers feel pressure to demonstrate their own controls in prevent market abuse.

“MiFID II has lifted the bar for record-keeping and monitoring requirements and over the next 18 months there will be a tremendous rush to improve processes and systems,” Collet added.

The analysis techniques used to reconstruct trades can help monitor market abuse by identifying behaviours and communication patterns and one further is to identify potential market abuse before it happens.

Collet said: “The next stage is for the compliance analytics to be used to gain other business insights and value – e.g. trader performance, client coverage, sentiment analysis, and real-time analysis of market metrics, such as indications of interest, which are not acted upon.”