MTS, the London Stock Exchange’s fixed income trading business, has joined up with B2SCAN, a French platform which makes it easier for asset managers to search for bonds held by banks who have reduced their balance sheets.

Since the financial crisis regulations have forced banks to hold more capital so they have reduced the size of their fixed income portfolios and liquidity in secondary markets for corporate bands has reduced. The alliance between MTS and B2SCAN is meant to enable buy-side traders to search for a particular bond, or list of bonds, and then electronically execute their trades on MTS BondVision. 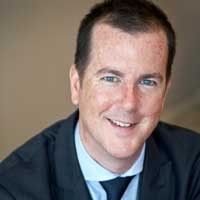 Frederic Semour, a founder of B2SCAN, told Markets Media that he had spent 20 years trading on the sell side at Salomon Brothers and Credit Suisse First Boston before moving to Natixis Asset Management. B2SCAN launched in 2011.

Semour said: “When you are on the buy side and looking for a bond it is difficult to know who to call as a German corporate bond may be held by a Nordic bank. At Natixis we built a handmade system where banks would send us their inventory and we could search for bonds using their ISIN codes.”

B2SCAN allows banks to advertise the bonds they want to buy or sell to selected asset managers. “At B2SCAN we do not resell the banks’ data,” added Semour. “It is also very important that banks keep control of who can see their positions.”

Laurent Albert, head of global trading at Natixis Asset Management Finance, said in a statement: “Enabling the buy-side community to search sellside axes will open up a whole new pool of trading opportunities, significantly increasing our credit trading activity across the board.”

Simon Linwood, head of credit at MTS told Markets Media that he also recognised that B2SCAN was an immediate fit. He and Semour have also previously worked together at Credit Suisse First Boston.

Linwood said: “B2SCAN aggregates axes from 15 dealer inventories which is very valuable pre-trade information for the buy-side and it has efficient search tools which are very hard to replicate.”

Amongst the 15 dealers who post to B2SCAN are Bank of America Merrill Lynch, HSBC, UBS Citi and Societe Generale according to the firm’s website.

In addition to using B2SCAN to identify the size of potential positions, Linwood said asset managers can also search for comparable bonds such as those from similar companies, sectors or that are further up the yield curve.

“The pooling of our resources is a very strong proposition and helps the buy side improve the efficiency of the request-for-quote process,” added Linwood. “The alliance runs for a number of years and we expect volumes to grow.”

B2SCAN said on its website that more than 3,000 bonds were axed each day last year. Semour said other banks are in the pipeline to join B2SCAN and he hopes to have all the large dealers on board by the end of this year.

Partnering with MTS will also B2SCAN to potentially access more asset managers globally. “There is no reason we could not to go into the US,” added Semour.

He said he strongly believes in the request-for- quote model in fixed income.

Last year Deutsche Börse, the German exchange operator, acquired a minority stake in Bondcube, a London and Boston-based electronic fixed income trading system, which is not based on a buy-side RFQ to the sell side.

Instead Bondcube is an all-to-all market where users post indications of interest and the platform finds matches and also analyses historic orders to find matches in infrequently traded bonds. If two buy-side firms negotiate a match their identities remain anonymous, but if a fund manager and bank agree a trade their identities become known to each other.