No Delay for MiFID II Prep

MiFID II is due to come into force in January 2017 but the European Securities and Markets Authority has asked for a delay of one year. The regulator’s request has to be approved by both the European Parliament and Council.

Delicaet told Markets Media: “Our clients are not slowing down their preparations for MiFID II despite the possible delay.”

This month the UK’ Financial Conduct Authority launched a consultation (CP15/43) on the implementation of MiFID II. Law firm Norton Rose Fulbright said in a briefing note on the FCA consultation: “Even if there is a delay the sheer volume of paper and the breadth of topics that are in and out of CP15/43 reminds firms of the huge task that lies ahead of them and they would be well advised to keep MiFID II on their “to-do” list for 2016.”

The reporting changes under MiFID II include extending the reporting obligations from equities to other asset classes, increasing the number of fields that have to be included from 26 to 65 and requiring new information such as the personal details of the people making investment decisions, including their date of birth and passport number. 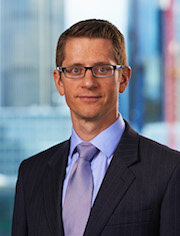 “The Insight Demonstrator is benchmarked on Esma’s Regulatory Technical Standards released in September and can validate reports in the 65 required fields by performing 150 validation tests,” added Delicaet. “This will help inform our strategic solution for MiFiD II reporting and we will add validations in each new release.”

After finishing the RTS consultation, Esma should provide business scenarios for trade reporting and detailed examples of how between 20 to 30 trades should be reported.

Delicaet said: “Trax can identify statutory reporting exceptions but also provides validations beyond the regulatory minimum – such as ISIN numbers. Validation of ISINs will be added in the first half of next year and Know Your Customer data enrichment later in the year.”

Trax is an Approved Reporting Mechanism (ARM) under MiFID I and will apply for the same status under  MiFID II.

“As we are an ARM under MiFID I we can benchmark reporting against industry trends. For example, a firm may have reduced late reporting from 10% to 3% and we can compare that to how the industry has performed overall,” added Delicaet.

The launch of the Insight Demonstrator follows an upgrade of Trax’s technology infrastructure.  Trax Insight has a new web-based interface that enables clients to actively monitor their workflow, and view comprehensive and interactive management information and peer-benchmarking reports to help streamline their operational risk management processes.

“We have introduced a new front-end user interface for matching under MiFID I and it will be live for MiFID I transaction reporting in the first half of next year,”said Delicaet. “Users will be able to analyse their data to pro-actively identity problems such as consistently reporting outside of exchange opening hours, for example.”