Almost two weeks on, the outage that stopped trading for more than half the day on the world’s best-known stock exchange already seems to be fading into memory.

Unlike the aftermath of other market snafus, such as the Knight Capital algorithm disruption in 2012, the botched Facebook IPO that same year, and the 2010 ‘flash crash’, the three-and-a-half-hour NYSE outage of July 8 isn’t being rehashed continuously with recriminations flying across CNBC.

Given the length of the outage and the iconic name of the venue on which it happened, it’s somewhat remarkable that the story doesn’t have legs. Industry analysts have assessed the nuts-and-bolts of the outage, and NYSE owner IntercontinentalExchange surely is reviewing sequence of events, but in a broad sense the ex post facto consensus — ironically — is that the system worked.

“Reaction from the broader market to last week’s event was muted at best,” ITG said in a July 17 report titled “NYSE Outage…The Bore on the Floor”. “The event itself, and the aftermath (or lack thereof), is a strong demonstration of the resiliency within US equity market structure.”

“The New York Stock Exchange went missing-in-action on Wednesday, July 8th for nearly four hours, and the investing world shrugged,” the ITG report said. “Most would intuitively expect it to have been a serious concern, but it turned out to be just the opposite. The event caused little pause to trading as equity volumes simply migrated from the NYSE to other exchanges. The suspension was the longest technology-related outage in the history of the Big Board, yet it was a non-event for most equity traders.” 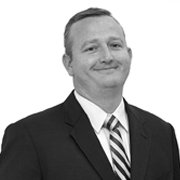 They key to the potentially disruptive event ending up as a non-event was that stock trading continued as per normal on other exchanges and trading venues. The market fragmentation that had arisen over time is much-maligned for the additional costs and complexity it brings, but last week demonstrated a benefit of the market structure.

One question asked in the wake of the NYSE outage is whether Regulatory Systems Compliance and Integrity, the recently implemented U.S. Securities and Exchange Commission rule set aimed at strengthening the technological systems of exchanges, would have prevented the incident. The answer is no, according to Jim Myers, senior manager of business consulting at Sapient Global Markets.

“As currently constructed Reg SCI would not have prevented the NYSE outage or really any exchange outage or issue that I have studied in the past five years,” Myers wrote in a commentary posted on LinkedIn. “Aside from the creation of Policy and Procedure the regulation is very reactive in nature.”

To improve Reg SCI, Myers suggests “a minor tweak to the regulation certifying that Actual Practice is following Policy and Procedure is required to add an element of proactivity and prevention.”

Myers noted that the NYSE outage didn’t cause any market-wide issues. “The market did not panic when NYSE went down, other venues were able to step in and absorb the volume and while certainly inconvenienced it is unclear if any Market Participant suffered monetary harm.”