The U.S. options market is a tale of two markets — liquid, and not really liquid. And according to some market participants and observers, the bifurcation is widening.

Single-stock names that can be easily bought and sold include household names such as Apple, Facebook, Bank of America, Twitter, General Electric, and AT&T. After perhaps several dozen of these heavily traded issues, the bid-ask spreads grow wide and may be growing wider.

“My #1 concern is wider quoted markets, particularly in the less active issues,” said a senior executive at a major options brokerage firm. “The top 25 to 50 by volume are good, but the rest seem to be widening out. It’s concerning.”

In an informal survey conducted by Markets Media earlier this month, the lack of liquidity in options issues below the top tier was frequently cited as a market-structure problem that needs a solution. 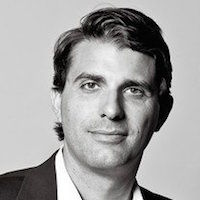 A recent CBOE trading-volume report listed more than 3,000 single-stock option names. After the rarefied air of the heavily traded issuers, there’s a dropoff to less-, but still-reasonably liquid names such as Southwest Airlines and Juniper Networks; then it’s another leg down to Monster Beverage, Boston Scientific and Royal Caribbean Cruises; further down on the list are the scores of names with negligible volume, including American Apparel, Fresh Del Monte Produce, and Navigant Consulting.

Aside from the large number of options names, there is an innate dispersion and fragmentation of the options market, which will always make liquidity challenging. For every underlying stock — which may not be especially liquid itself –, there may be multiple or even dozens of puts and calls, each with their own strike price and expiration date.

More recently, options market makers — a constituency that’s critical to the health of the industry — have been squeezed by increased compliance and technology costs, and tepid market volumes. That has resulted in some market makers scaling back their operations, and others exiting the business.

“I hear a lot of chatter about liquidity decreasing in the non-large single stock names due to there being only a handful of firms making those markets now,” said Stephen Solaka, managing partner and co-founder of Belmont Capital Group, a Los Angeles-based investment manager that uses options.

Options exchanges and trade handlers are seeking to bolster liquidity. There is consensus that there’s no magic bullet, but innovation can be a piece of the puzzle. “Given the wider spreads, we are seeing more trading in auctions and flash mechanisms,” said an executive at a Chicago-based electronic options market maker.