Pension plans are huge fixed-income investors, so they have a lot at stake when interest rates rise and bond prices fall.

But pension chief investment officers are generally sanguine about the perceived unsustainability of low bond yields and widespread expectations that a market drop isn’t far off. Equities and alternative investments included in a diversified portfolio can fill in some of the return gap that a bond swoon would leave, and the multi-decade investment horizon of pension plans allows for a bigger-picture investment approach.

“We are monitoring the situation closely for changes, but we are also not making specific changes to protect the fund from rising, or falling, interest rates at this time,” said Michael Brakebill, CIO of the $38 billion Tennessee Consolidated Retirement System.

Rising rates can beget losses in a bond portfolio, potentially substantial losses if the increase is rapid. But pensions are better-suited than the average institutional investor to bear some short-term pain on the way up, and the end result of higher rates would be a net positive.

“We see interest rates as one of the large number of risks and opportunities the pension faces,” Brakebill told Markets Media.

“In general, we are slightly less concerned about the impacts of the rise in interest rates on the portfolio than many investors for two reasons,” he explained. “First, we see rising rates as an indication the economy is healing in the wake of the global financial crisis and this healing is a positive process which will help our investments in the long run. Second, we believe that managing the fund successfully may be more difficult in either low and stable, or falling, interest-rate environments than in a gradually rising rate situation.” 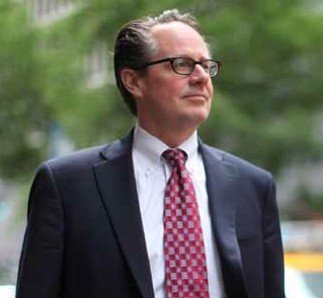 Adding duration adds interest-rate risk, but the strategy can work out — at least for a few years — if economic growth remains subdued, suppressing stock returns and probably also keeping a lid on interest rates. That’s the view of Pimco, the biggest bond investor.

“Do not reach for assets outside of your risk universe,” Pimco CIO Bill Gross wrote in an August commentary posted on the firm’s website. “Recognize that alpha generation in a capital gains deficient, income-oriented, low total return environment is more critical than ever.”

“As to specific strategies, we believe high quality Treasury and corporate bonds are fairly priced, but not cheap. Our typical durations are at index levels,” Gross wrote. “We still believe the Fed will be on hold until mid-2015 and will hike only gradually to our New Neutral 2% by 2017. We think investors should own bonds.”