A group of asset managers and broker dealers will use revenues from the trading platform to fund academic research through Plato’s Market Structure Innovation Centre. The research aims to identify better ways of executing trades, lowering the cost of trading and improving the execution lifecycle.

Stephen McGoldrick, project director for Plato Partnership, told Markets Media: “Trading will be priced in such a way that in due course there will be millions of pounds to fund research. We will put an annual cap on that so we can concentrate on execution quality rather than maximizing revenues.”

Paul Squires, head of trading at AXA Investment Managers, said in a statement: “The prospect of guiding the sell side towards the launch of a not-for-profit project such as this is unique – I don’t believe that the buy and sell side have ever worked together in this way before, and we are proud to be a part of that.” 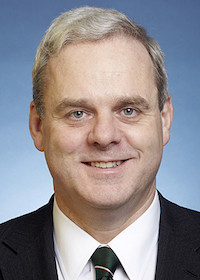 Plato was set up to make it easier for institutions to trade large blocks of shares with less market impact and McGoldrick said it will compete against existing venues by giving investors better and more fills. He declined to comment on the operating model which is still being discussed.

Sourcing sufficient liquidity to execute large trades is the highest concern for institutional traders globally, according to Liquidnet’s annual Institutional Voice survey of more than 115 buy-side equity traders. The survey found that access to liquidity was a higher priority in the US than in Europe where venue transparency was seen as marginally more important.

“We will always be developing our market model as we can’t design perfection in meeting rooms,” McGoldrick added. “So we will go public with the experience that our members have and work with academics to improve it.”

The new platform also aims to improve trading large blocks of less liquid shares. McGoldrick said: “One of our pools will operate under the large-in-scale waiver to match the more liquid stocks but we will also support less liquid stocks. We will have different models for different needs rather than a one-size-fits-all approach.”

Plato will initially focus on pan-European cash equities but the firm is also looking at ‘equity-like’ instruments such as exchange-traded funds and American depositary receipts, securities which allow shares listed overseas to be traded in the same way as domestic stocks.

“The most important thing facing us just now is selecting a partner to run our matching technology,” added McGoldrick. “In keeping with our commitment to openness and collaborative thinking our website shows a short list of potential matching engine providers and invites feedback on their suitability from anyone interested in what Plato is trying to do.”