Phil Weisberg, global head of foreign exchange at Thomson Reuters, said the firm has combined access to all of its FX transaction venues onto one platform due to dramatic changes in how customers interact with markets.

Weisberg told Markets Media: “A common user interface is very exciting and even if customers do not use all the features today, it allows them to ‘future-proof’ their strategy going forward.”

Thomson Reuters has brought together all its FX transaction venues onto one platform and the firm said in a statement that professionals using FX Trading will have access to liquidity venues that have facilitated a collective average daily trading volume of $367bn in the past 12 months.

Weisberg said Thomson Reuters operates a variety of venues, each with a unique purpose and workflow, to transfer liquidity between buyers and sellers. The variation in venues includes continuous streaming prices, central limit order books or voice dealing platforms.

“Customers used to come in discrete buckets but there has been a dramatic change in how markets are organised,” he added. “They prefer common workflows and pre- and post-trade reporting regardless of the variety of execution mechanisms.”

Since the financial crisis, banks have been reducing their balance sheets due to increased capital constraints which has led to them decreasing their market-making activities.

“Some FX trading is less balance sheet intensive than fixed income but some businesses have been affected,” said Weisberg. “Customers have become more conservative in how they hedge trades and we help them use technology to adapt to changes in offerings from principal liquidity providers.” 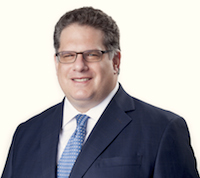 Kevin McPartland, head of market structure and technology research at consultancy Greenwich Associates, said in a statement: “As the FX market has become more complex and liquidity more challenged, market participants are increasingly demanding flexibility in how they interact with one another. Increasing transactional efficiency while allowing important counterparty relationships to remain intact is critical to the evolution of electronic trading.”

FX Trading also incorporates new order types which include the ability to add liquidity to complete an order – rather than just take liquidity – and to trade iceberg orders more efficiently. Icebergs are large trades where only a small portion of an order is visible in a public order book and execution  is usually split into many smaller trades to minimise market impact.

Weisberg said: “There is still reasonable liquidity to get larger orders done but the cost to instantly transfer risk to a dealer has increased.”

Another new order type also gives clients more choice in how to trade around benchmarks – a rate fix based on  trades taking place in a given time window.

“There have been lots of discussion in how to trade a benchmark,” added Weisberg. “Some of buyside are happy to pay for benchmark replication while others prefer to try to replicate the benchmark on their own using a  time-weighted average price (TWAP) order.”

In May this year, as part of an ongoing regulatory probe, six banks were fined nearly $6bn for attempting to fix benchmarks in the FX spot market. Weisberg said: “There is increased scrutiny of market conduct. The quality of venues is increasing and standards are elevating.”

Thomson Reuters operates a multilateral trading facility in the UK and a swap execution facility in the US. Regulators have not mandated clearing in foreign exchange, as in other asset classes, but there has been a voluntary move to the increased use of clearing.

“Even if transparency is not regulated in FX, many clients trade across multiple asset classes,” said Weisberg. “A chief investment officer or chief financial officer will ask why only four out of five asset classes are transparent.”

Last month LMAX Exchange, a UK-based MTF for foreign exchange, surveyed 450 institutional market participants for a report, “Restoring trust in the global FX markets. In the survey 80% of respondents said they were concerned about the lack of transparency in FX.

In addition 85% of those aware of “last look” liquidity  said this was the market practice most open to abuse, while 22% of all respondents were not aware of the practice.

“Last look liquidity” means that price makers have the right to reject an order before its filled and is problematic in electronic trading as it is unclear whether an order will get filled at a given price quote. In June Thomson Reuters’ FXall implemented new protocols that aims to allows users to make informed choices about the use of last look liquidity.

LMAX Exchange said it operates an open order book with no last look liquidity that is supplied by the 30 largest global banks and world’s leading non-bank financial institutions. The report said: “In LMAX Exchange’s view, this demonstrates that liquidity providers are comfortable pricing with no ‘last look’ on multi-dealer platforms and that ‘last look’ is out of date and unnecessary.”

David Mercer, chief executive of LMAX Exchange, said in the report:  “While in the short-term opaque trading practices can deliver greater profitability for market participants, in the long-term the erosion of trust will permanently damage international capital flows – considering FX is the foundation upon which international trade is built, this could be catastrophic globally.”