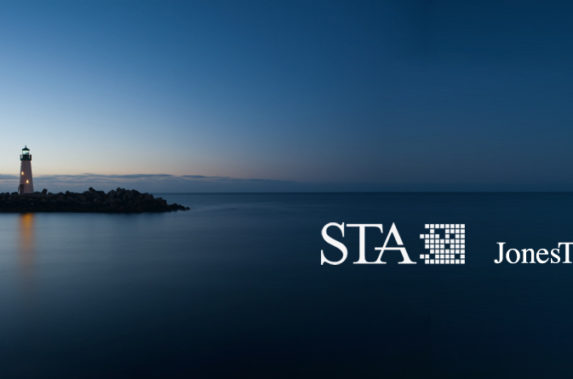 Browse: Home   /   Is it Time for Broker and Buy-Side Suffrage?

Is it Time for Broker and Buy-Side Suffrage?

African-American men were allowed to vote in 1870 thanks to the 15th Amendment.

Women were awarded the right to vote in 1920 via the 19th Amendment.

Broker-dealers and the buy side are still waiting for the same right to vote — on rules that affect their industry. The exchanges have had that same right for some time now.

Exchanges, designated as Self-Regulatory Organizations, have had a stranglehold on voting as to what changes occur in Reg NMS plans –- the sole format for affecting changes to equity market structure — whether the plan focuses on creating a tick size pilot, creating the Consolidated Audit Trail or implementing a market circuit breaker. Broker-dealers and the buy side have been only passive participants in the creation of new plans or ways to change the marketplace. These parties, while almost always affected by changes in market, have no voting power on both the design of new plans like the Consolidated Audit Trail and changes to existing ones like the market data access plan which created a single data processor, the Securities Information Processor. Non-SRO participants can only file comment letters as their only means of getting their voices heard. Or not heard.

But times may be changing.

Representative Robert Hurt, (R-Va.) has floated a bill that would give broker-dealers a greater voice in the rule making process of the U.S. equities market. The proposed legislation, according to market sources, has gained some support by Democratic representatives and is expected to be introduced into the House Financial Services Committee.

However, the proposed bill still needs to go through the proper Committee first before it gets to the full House for a vote, and some observers say that is highly unlikely.

Rep. Hurt contends that the current NMS governance plan excludes the broker-dealers who represent a large swath of the equity market business model and currently have no representation on governance issues and the board. He seeks to change this and has the backing of the brokers, who not only stand to gain a seat at the rule making table but also a say in how profits are shared when it comes to the lucrative data business.

In a comment letter to the U.S. Securities and Exchange Commission, Brett Redfearn of J.P. Morgan argued last October that corporate governance structure should be reevaluated and updated to fit “today’s business realities.” He explained that this conflict is evidenced when it comes to the private and proprietary market data feeds provided by the exchanges versus the free and public data feed known as the SIP. SRO Participants of the equity SIP Plans are selling market data products that directly compete with SIPs.

Redfearn continued, “The inherent conflicts of interest in NMS Plans must be addressed and balanced to better align interests and to reflect a more holistic view of the market. An important part of the solution is to address the related governance model and to ensure broader industry representation. At a minimum, NMS Plans should include voting representation from broker-dealers and asset managers.”

The proposed bill seeks to amend section 11A(a) of the Securities Exchange Act of 1934, which was designed to provide for representation of members of SROs in national market system governance, and for other purposes. The bill wants to add the following text:

“Any self-regulatory organizations acting jointly pursuant to paragraph to plan, develop, operate, implement, or administer a national market system (or subsystem thereof) shall— include as voting members of such national market system plan at least three, but not more than five, members of a self-regulatory organization; and provide for a process to identify, mitigate, and manage conflicts of interest arising in such planning, developing, operating, implementing, and administering.’’

Brokers are anxious to see the initiative move forward, and some industry observers believe the time is right for a change.

“I am in agreement with those that believe that the NMS plans should have non-exchange representation on them,” said Adam Sussman, head of market structure at Liquidnet. “So if you’re writing a rule that affects the NMS plan, it’s going to impact the whole industry. The fact that only the exchanges have access to the table doesn’t make sense.”

Sussman said that when it comes to rule making there needs to be broader industry participation, and that meant to include more than just brokers like Liquidnet. He added that there should be buy-side representation as well.

“We need broader industry participation when it comes to NMS rule making,” Sussman said. “It’s a good thing for the SEC, in a public way, to hear all sides to the story.”

Stacey Cunningham, chief operating officer at NYSE Group, begs to differ. She said that as it stands, the SROs, such a NYSE, bear the brunt of the risk when creating, implementing and enforcing compliance with Reg NMS Plans. Given the magnitude of this risk and responsibility, exchanges are best-suited and deserving to have votes when it comes to governance.

“We have widely adopted the advisory committee structure within the NMS,” Cunningham said. “SROs have the obligation to enforce compliance within the Exchange Act, SEC rules, and exchange rules. That’s the format that the Congress had set up. That is one of the obligations that SROs have, and with that, we also have the obligations to oversee NMS Plans. Those plans get presented by the SEC to the SROs, and then we are required to write the rules around those plans, file them with the SEC and then after a public comment period they approve, amend or disapprove them.”

Cunningham added that broker-dealers and the buy side, while not having an actual vote in terms of governance issues, do in fact get input on issues. She explained how NYSE does solicit opinions, holds its own meetings with industry participants to get input on initiatives that qualify as Reg NMS Plans.

“In order to get input from the broader market, we have the advisory committees, which can then help construct the format of those plans, but when it comes to the obligations associated with the plans, it’s the exchanges that hold that risk, and so the voting structure is limited to SROs,” she said. “We think it should stay that way given the risk profile associated with it.”

She explained that when the limit up / limit down circuit breaker proposal was being developed, the exchange operator held regular meetings with a range of market participants, both sell-side and buy-side. This dialogue continued in the wake of the extreme volatility of August 24, 2015 and possible tweaking to LULD.

Brokers “are active members of the advisory committee that participate, not only in our weekly operating committee meetings, but also in some of the sub-committees that are working on these types of plans,” Cunningham said. “They are also involved in discussions pertaining to reopening auctions. We solicit feedback from both sides, and I think that there’s a lot of input that we’ve taken from the buy-side too in how those plans get constructed.”

According to one broker-dealer, it expects little change in the current voting structure, noting that the SEC appears comfortable with the status quo.

“By keeping the status quo, this allows them (the SEC) to work with a smaller group of (somewhat) like-minded entities when attempting to get NMS Plans across the goal line,” this broker said. “Expanding the number and type of voting members would likely complicate the process considerably. The exchanges, for their part, make some very reasonable arguments in support of the status quo, and assert that the conflicts of interest embedded in the existing NMS Plan governance framework can be managed.”

Still, the broker added that as exchanges continue to tap market data as a source of revenue, this could present a problem for the exchanges to remain neutral when it comes to data-related governance issues.

“We’re not convinced that adding sell side representation to the NMS Plan Operating Committees will magically restore balance to broker-exchange relations – and we think that the buy-side should have a seat at the table as well – but the Hurt bill is a step in the right direction.”