Last June, the Canadian exchange operator reduced so-called ‘maker’ rebates by an average of 31%, while cutting ‘taker’ fees by 26% across all securities and participants. The aim was to gradually lower dealers’ active trading costs, minimize unnecessary intermediation and boost investor confidence.

“We did not see any material negative impact to market quality as a result of those reductions, and we’re at the point now where we’re considering phase two of those reductions,” said Kevin Sampson, vice president of business development and strategy for TSX Markets, a unit of TMX. 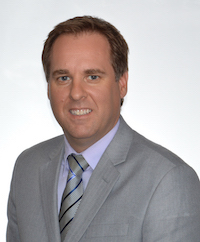 Maker-taker exchange pricing was first introduced in the U.S. in the late 1990s and in Canada more than a decade ago, as a way to deepen liquidity and narrow bid-ask spreads. But the framework has grown controversial as markets evolved; some participants say maker-taker should be abolished because it distorts price discovery and impairs market fairness.

Sampson noted the maker-taker debate is not unique to Canada. “There was at least one experiment by Nasdaq on reducing or eliminating make-take for a small subset of symbols,” he said. “We took a different approach, committing to a wholesale change in our fee model across all symbols.”

“We have heard regulators and some industry participants call for a ban on maker-taker,” Sampson continued. “We weren’t convinced that banning it was appropriate, because there are circumstances in which paying for liquidity provision is appropriate and produces benefits to the market. So our approach was to reduce the rates in a measured, phased approach, so that we can assess whether any of these concerns actually materialize.”

The reduction in maker rebates and taker fees is part of a broader push TMX implemented last year to enhance the quality of Canadian markets, according to Sampson. The company also assessed concerns about ‘southbound’ order flow executing in the U.S., the trading experience of retail investors and their dealers, and the evolving role of technology.

“You have players in our markets who are technologically sophisticated, alongside those who are not and don’t rely on speed, high performance, and low latency to achieve their performance objectives,” Sampson said. “Our aim is to create an ecosystem where the needs of those different constituents are balanced.”

“We came out with a program to overall improve the trading experience, specifically for ‘natural’ investors,” Sampson said, referring to participants seeking capital appreciation over a longer time horizon. “That resulted in our maker-taker reduction program, our new innovative Alpha Exchange Model that we introduced in the fall, the simplification of some of the things in our market where we closed down a marketplace and aligned and consolidated different functionality across our existing marketplaces. We also introduced what we call the Long Life order type on the market to try to allow natural investors to compete more equitably in the market on a basis of something other than pure speed.”